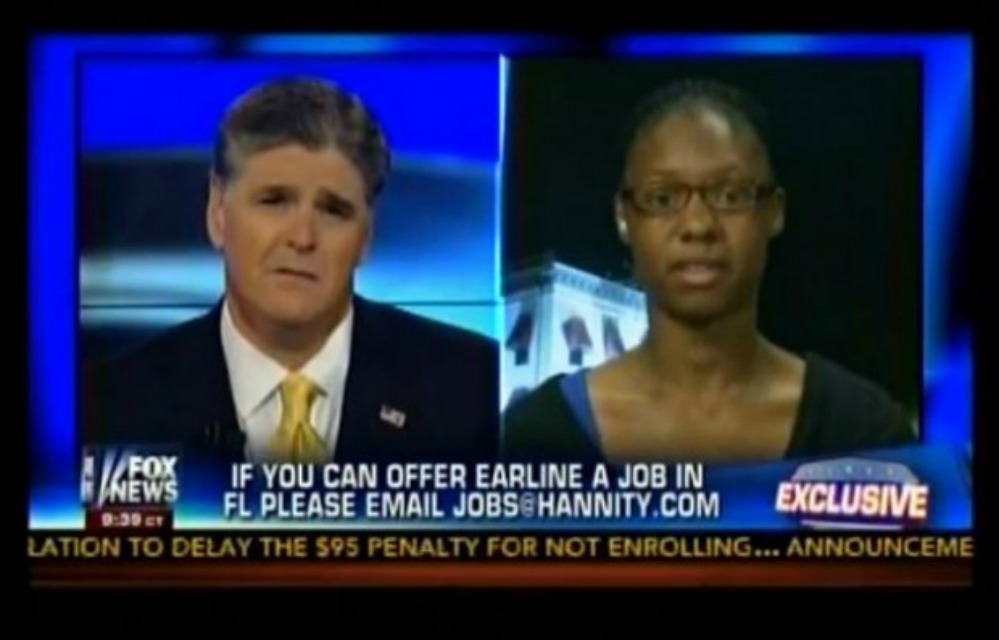 BREAKING NEWS – New York City, New York – A woman named Earline Davis that worked at a call center for the ObamaCare hotline, was promptly fired from her job for taking a call from Fox’s Sean Hannity regarding the disastrous website rollout. Her employer stated that she should not have answered any questions posed to her from the media. As a result, the conservative radio host has gifted the mother of two a year’s tax-free salary of $26,000 and has promised to help her find a new job. The following day, both Al Sharpton and Jesse Jackson contacted Davis and stated that they are willing to investigate the termination of her employment, for a donation to each of their organizations of $13,000.00. And to show that they are just as compassionate as Hannity, they promised to waive their normal appearance fees.