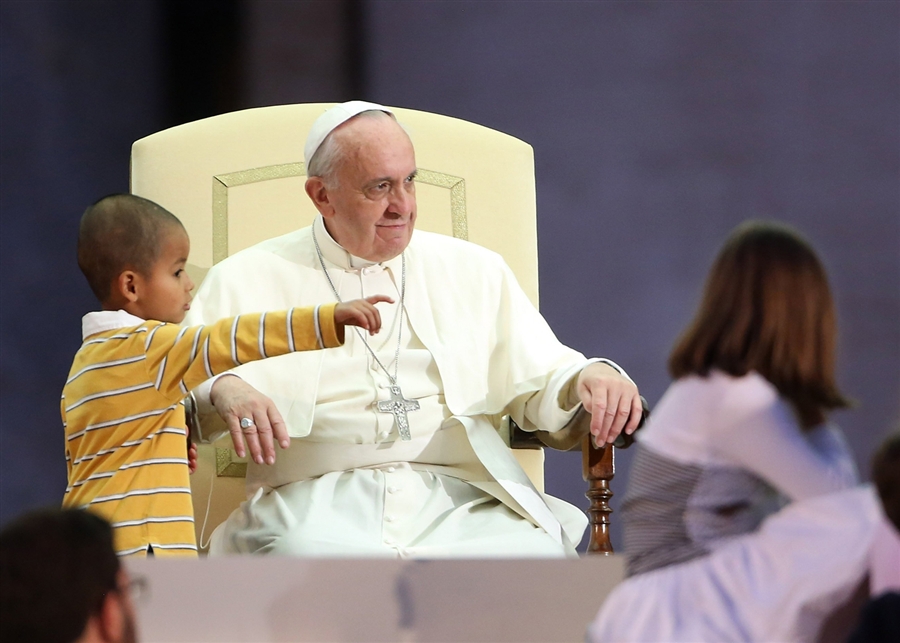 BREAKING NEWS – Vatican City, Italy – Pope Francis I is seen talking to a 6 year old boy that leaped unto the stage, and pointed out a priest that had said some “naughty” things to him. A spokesman for the Vatican later stated that the Pope took immediate action, by transferring the priest to a church where the new parish won’t know about his past. He also ordered the priest to register himself as a sex offender, providing he’s accused of the same inappropriate behavior, five or more times in the same year.