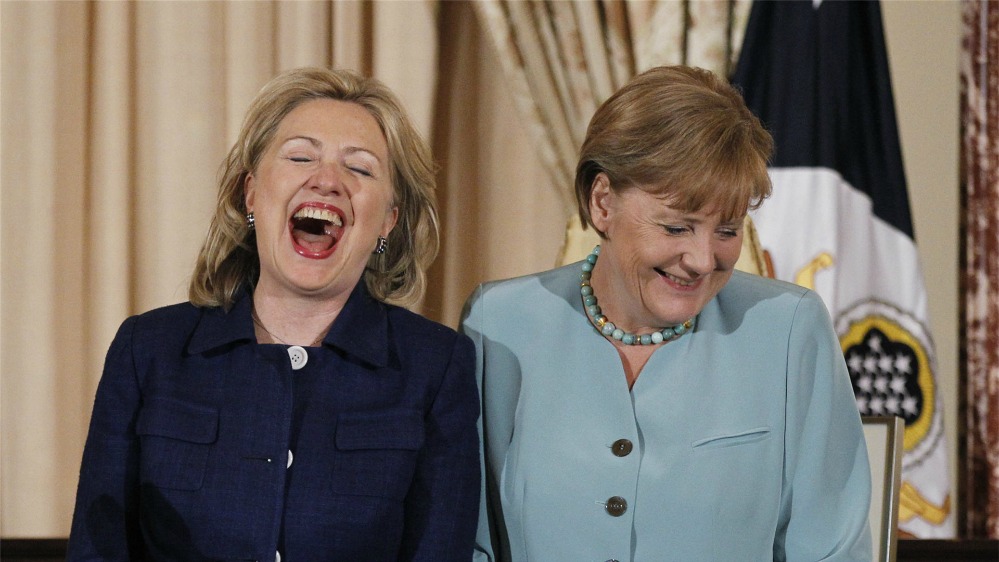 BREAKING NEWS – Berlin, Germany – Former Secretary of State Hillary Clinton is seen laughing hysterically at a comment made by Chancellor Angela Merkel, regarding President Obama reluctantly admitting in a press conference that he mislead the nation regarding the Affordable Health Care Act. Merkel told Clinton that Americans now trust Obama as much as Jewish students would trust Hitler during World War II, if he would have applied for a teacher’s job at a Rabbinical School.