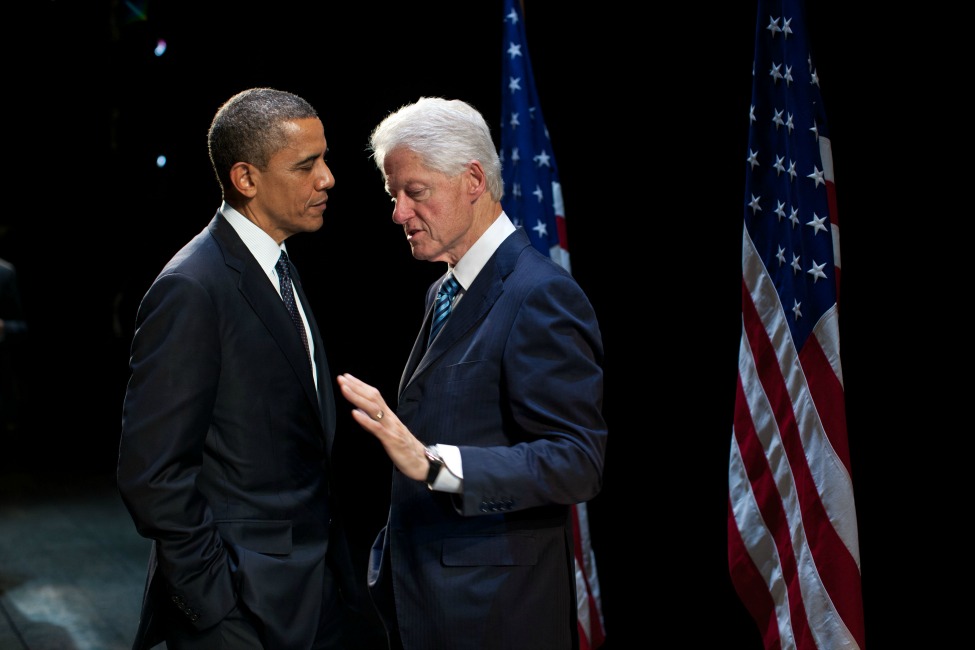 BREAKING NEWS – Washington, D.C. – The Secret Service had to intervene after a shoving match began between President Obama and Bill Clinton. The physical confrontation began after Obama accused Clinton of being a “political traitor” for public saying that he (Obama) should honor his promise regarding letting people keeping their health care plan. Words almost came to blows after Clinton responded by asking him if ObamaCare covered the treatment of his ongoing well publicized sex addiction.