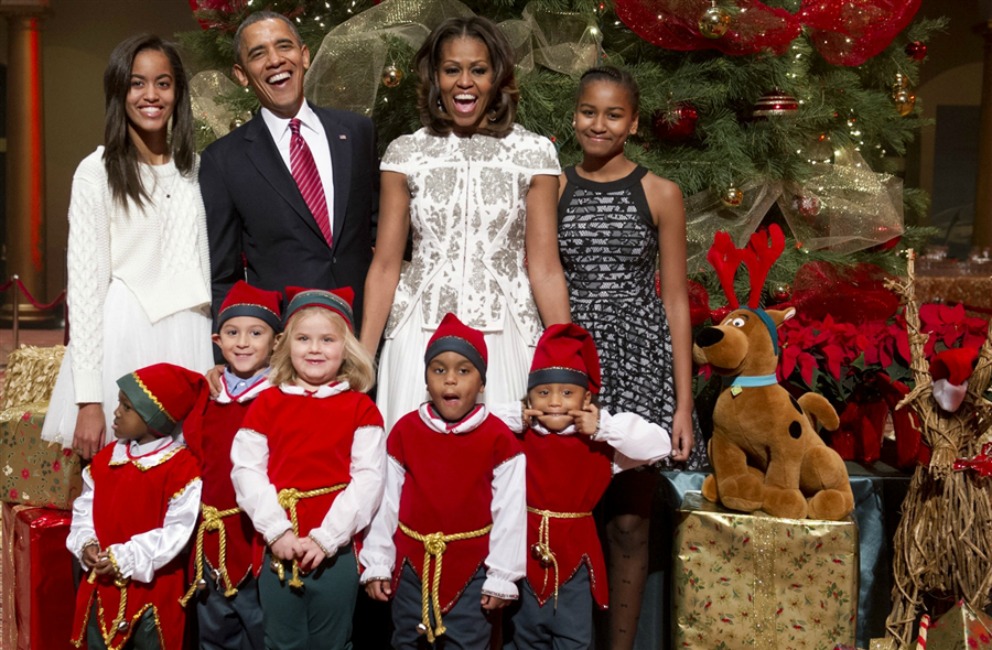 BREAKING NEWS – Washington, D.C. – An unidentified little boy dressed as an elf stole the show at the 32nd annual “Christmas in Washington” concert at the National Building Museum, while posing for a photo with the nation’s first family. Initially the Obamas thought it was cute, but they later stated they had no idea that the little boy needed braces, and he was angry because his parents told him earlier in the day that due to ObamaCare, his dental plan was cancelled.