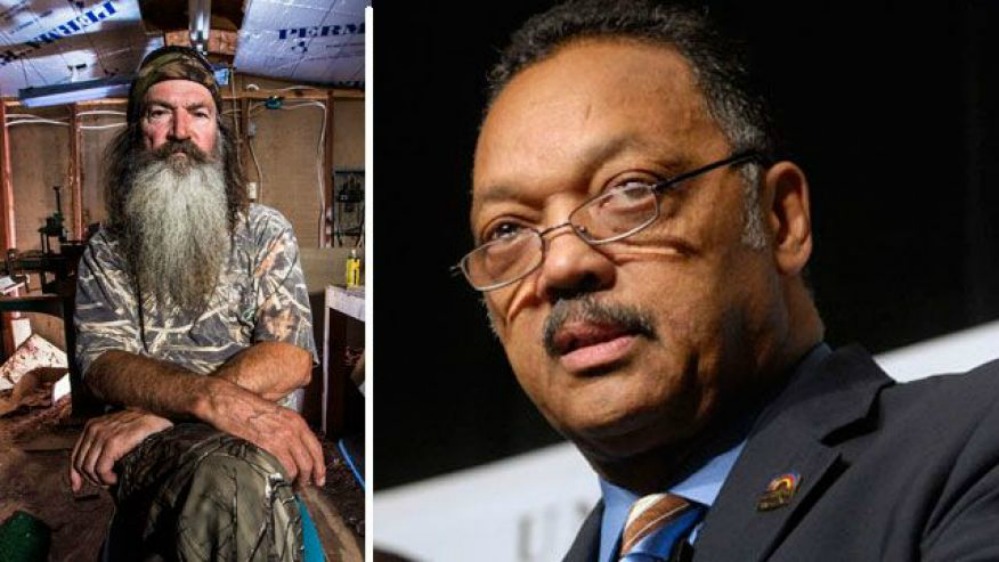 BREAKING NEWS – Chicago, Illinois – In a statement to ABC News, Jesse Jackson states that he was offended by Phil Robertson of Duck Dynasty comments in a GQ interview, during which the A&E star made negative, graphic statements about homosexuals. But when asked by ABC News about him being a “reverend” and married, while fathering a lovechild and rumored to be constantly having affairs with countless women, Jackson replied “those women are straight, and I’m straight so God is fine with it… I think.”