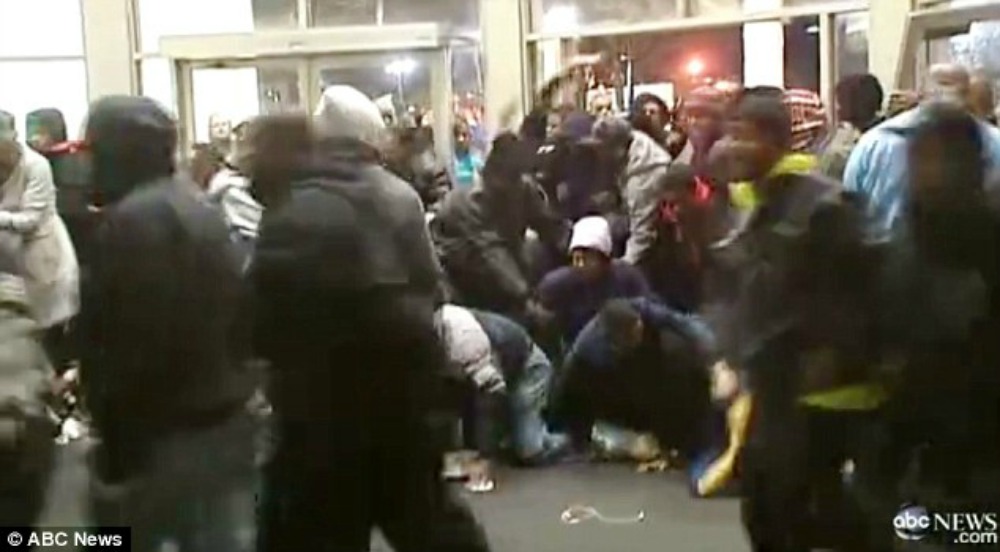 BREAKING NEWS – Indianapolis, Indiana – Lafayette Square Mall as well as shopping centers nationwide, have reported a least a dozen fights between predominately African-Americans, trying to buy the Nike’s latest “Air Jordan’s”. Trying to give a positive spin on the “brawls”, Jesse Jackson stated that, “This showed that we are progressing, because this proves we can resolve our differences without using guns”.