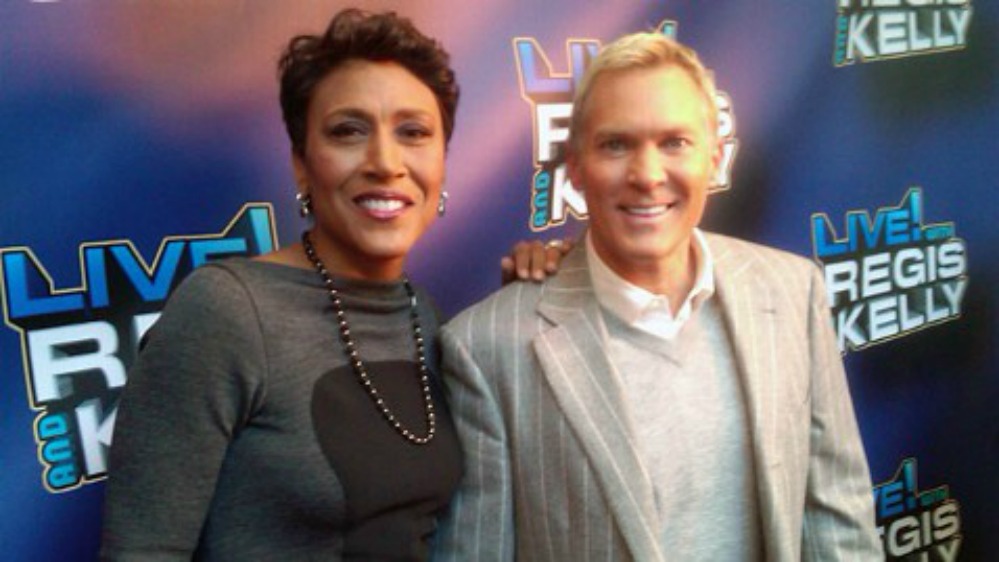 BREAKING NEWS – New York City, New York – Good Morning America” anchor Robin Roberts used a Facebook post to acknowledge what friends and co-workers have long known: She’s gay. Former GMA weather anchor who is also gay Sam Champion, praised Roberts for “coming out” while on the beach in Rio de Janeiro, Brazil, during his honeymoon with his husband Rubem Robierb. A memo from an ABC staff meeting which is now public, shows that they plan in the next ten years to eliminate any appearance that they are homophobic, by refusing to hire any anchors that have made a subtle bigoted statement by marrying someone of the opposite sex.