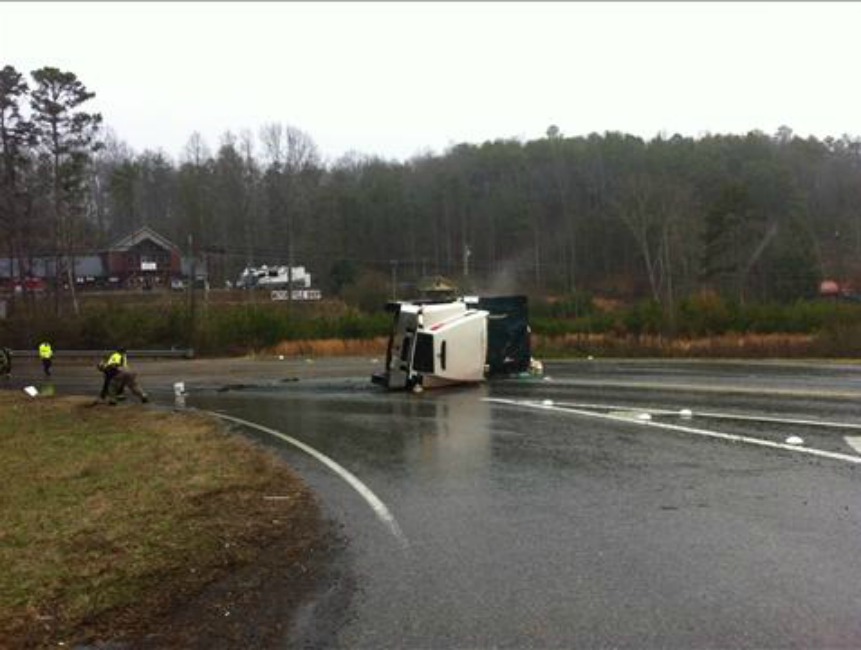 BREAKING NEWS – Gainesville, Florida – A tractor trailer carrying live chickens overturned on Athens Highway (U.S. 129) in Hall County. A security camera confirmed at the truck’s last stop caught a group of radical chickens called the Poultry Freedom Fighters (sanctioned by PETA), loosening screws on two of the wheels, which appears to be the probable cause of the accident. Fortunately, none of the 5400 chickens were injured and were safely transported in another truck, and then deep fried the following day.