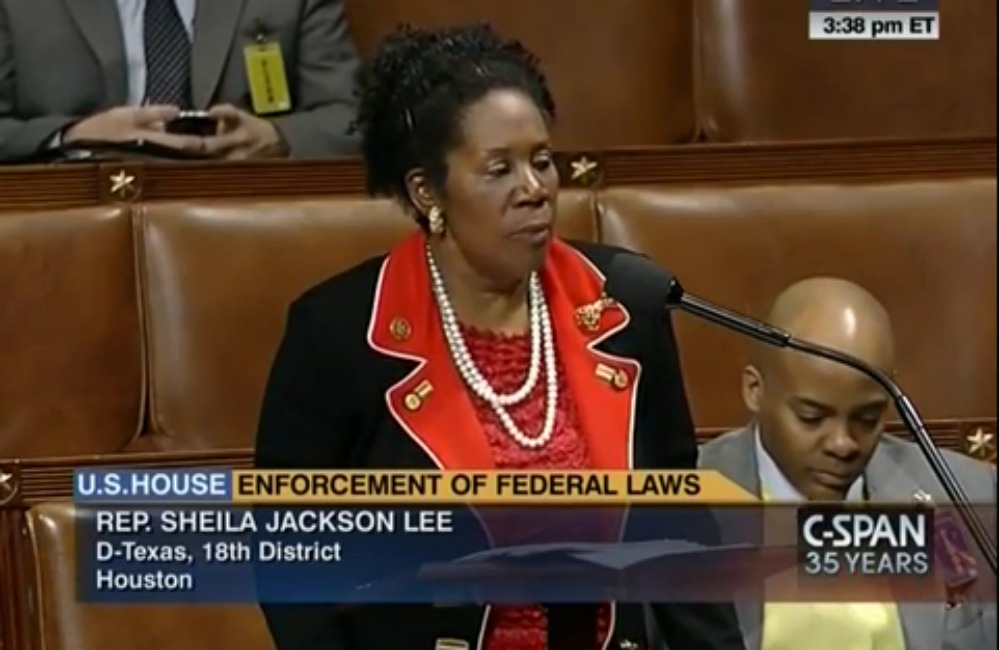 BREAKING NEWS – Washington, D.C. – While giving a speech on the House floor, Congresswoman Sheila Jackson Lee’s recent statement that the Constitution has been around since 1614, was not the first historically inaccurate assertion she has made since getting elected. The Constitution was actually formally adopted on September 17, 1787, ratified on June 21, 1788 and went into effect in March of 1789. Other statements Jackson made in the past includes: the Italians attacked Pearl Harbor, the pyramids in Egypt were built in the 1920’s, and President Lincoln was assassinated in the parking lot of a theater while parking his Ford.