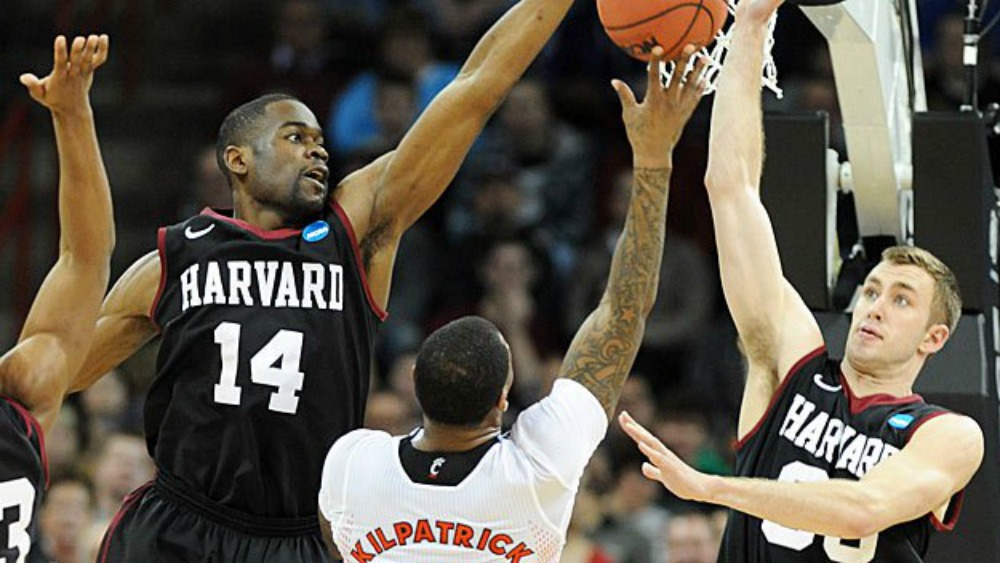 BREAKING NEWS – Spokane, Washington – Siyani Chambers scored 11 points, including five straight in the final two minutes, and 12th-seeded Harvard won its second NCAA tournament game in history, upsetting Cincinnati 61-57 Thursday. At a press conference after the game, reporters found it difficult to quote the players being interviewed, because the media had to constantly google the scientific equations and mathematical formulas the Ivy League students used to explain the various quantum theories they applied to achieve the victory.