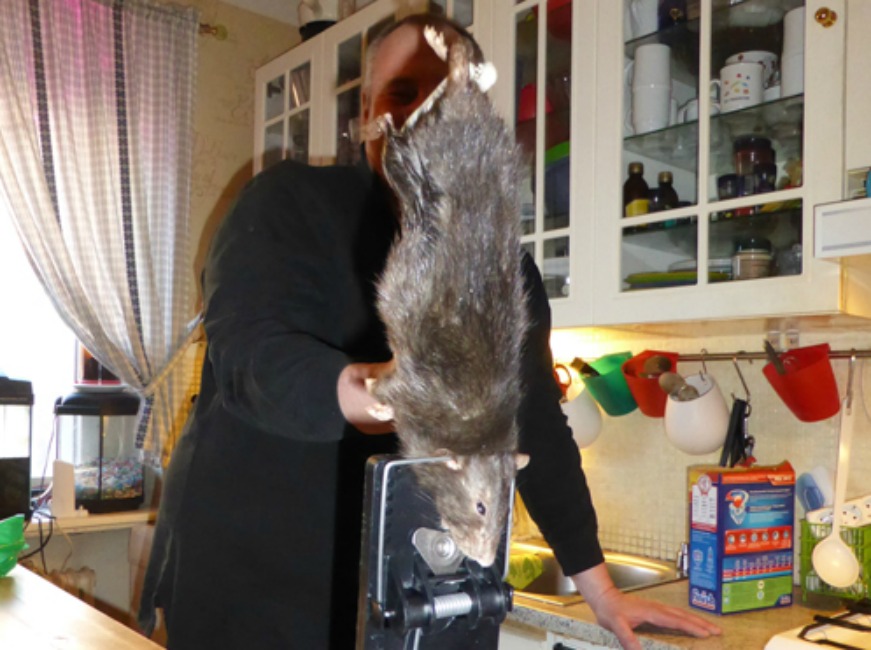 BREAKING NEWS – Stockholm, Sweden – A family in a suburb of Stockholm was briefly terrorized by an enormous rat which measured 15 inches from nose to claws — not including the tail. An exterminator had to take extraordinary tactics to kill the giant rodent, because the homeowners said it in the past it had eaten the cheese, plus the entire mousetrap, and a couple of small dogs that foolishly got too close it, thinking it was a puppy.