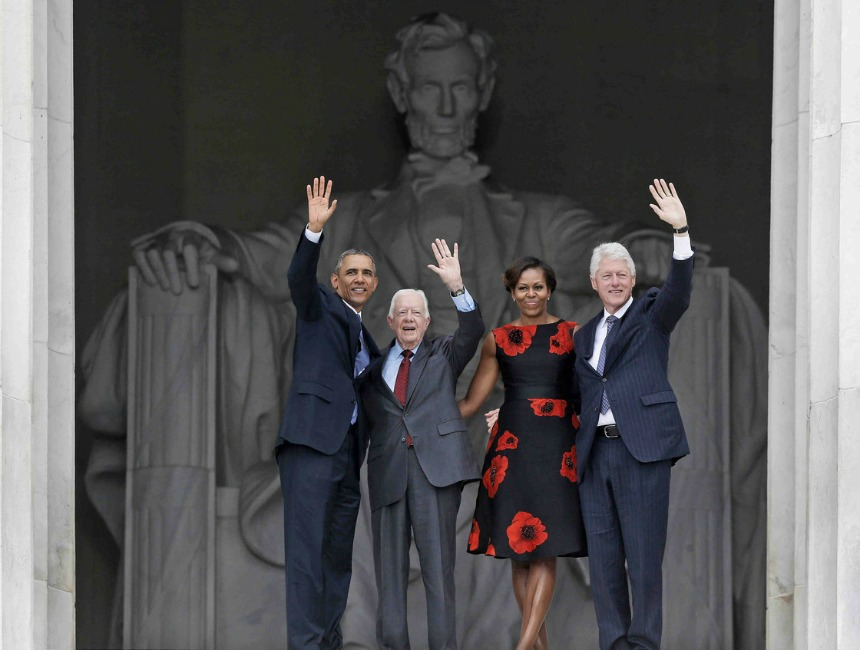 BREAKING NEWS – Washington, D.C. – According to an article by the Washington Post, an unnamed professional ventriloquist acknowledged that he has been secretly teaching President Obama to speak without moving his lips for almost six months, and the image of President Carter in front of the Lincoln Memorial was actually a life-size dummy. He said President Obama and Michelle were jointly controlling his lips and facial expressions with strings in the back of it. But most importantly, they made it appear that Jimmy Carter was saying, “I am the worst President in the past 100 years, and President Obama will go down in history as a political genius and should only be compared to mythical Greek gods”.