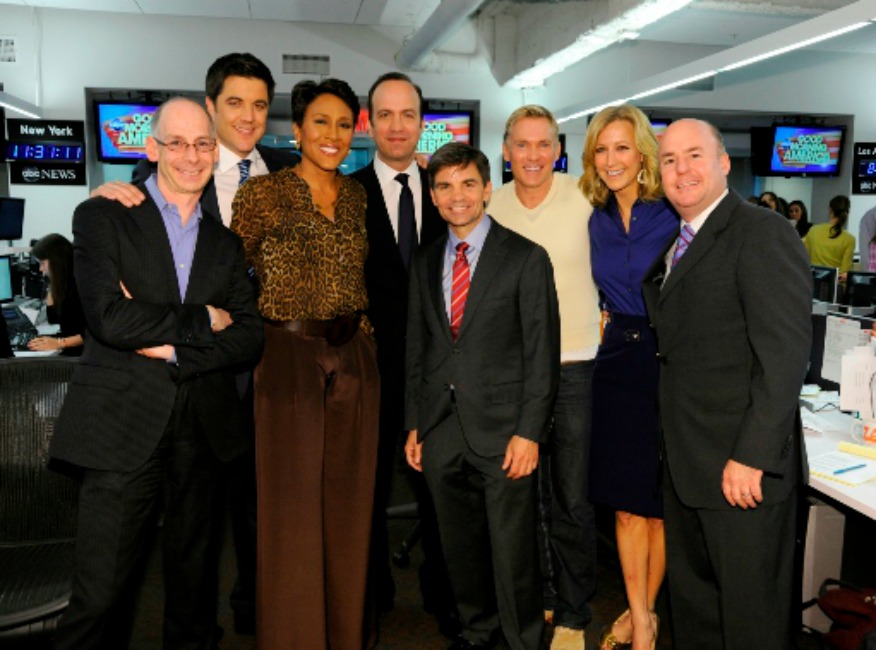 BREAKING NEWS – New York City, New York – “Good Morning America” co-anchor George Stephanopoulos is so frustrated with the “GMA” staff, that he is now threatening to walk off the show unless Robin Roberts and Josh Elliot immediately stops bullying him. In a formal complaint to ABC, Stephanopoulos alleges that because he is dwarfed by Roberts at 5’10” and Elliot at 6’3”, they often literally push him around on the set, take his lunch money, and are constantly poking fun at him because only the boys section in department stores has his size in shoes and underwear.