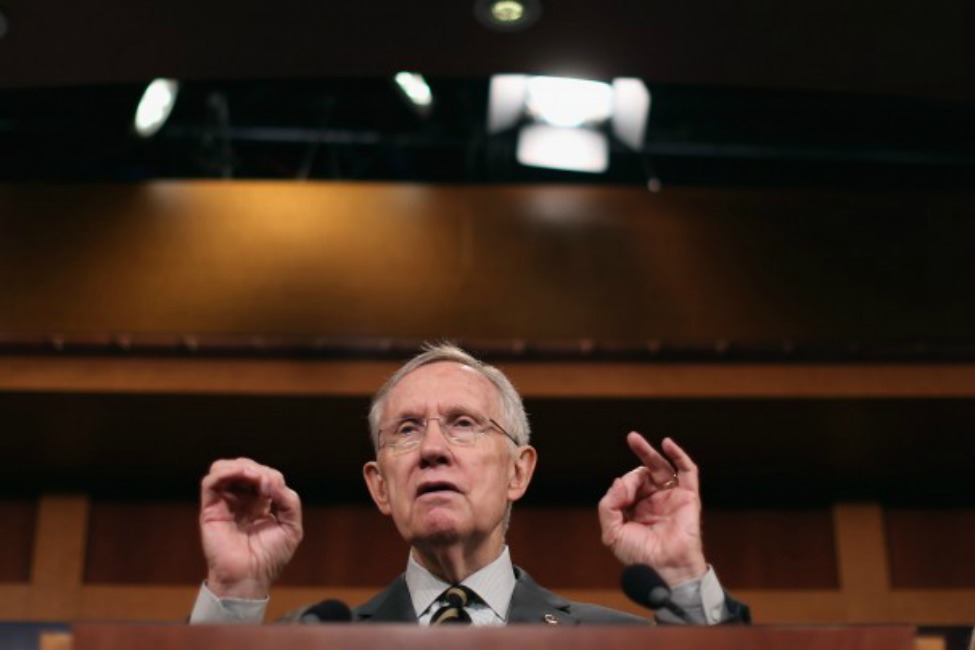 BREAKING NEWS – Washington, D.C. – Senate Majority Leader Harry Reid has declined an invitation from the Washington Redskins to attend a home game until the team chooses to change its “offensive name,” according to a copy of a letter first obtained by The Washington Post. His campaign against the team continued last week in a letter to Redskins executive Bruce Allen. In his message, Reid remained defiant, saying that he “will not stand idly by while a professional sports team promotes a racial slur as a team name and disparages the American people. When asked about the comment he made about President Obama in 2008 whom he described as a “light skinned” African-American “with no Negro dialect, unless he wanted to have one”, Reid responded by saying, “Most blacks are democrats, so it doesn’t matter what I say about them because they’ll always vote for me”.