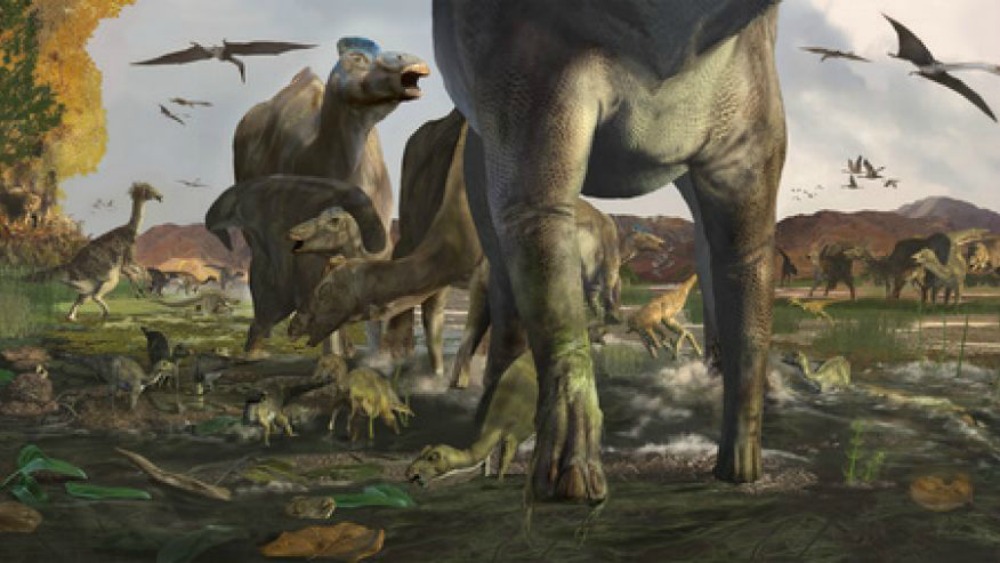 BREAKING NEWS – Denali Park, Alaska – A “world-class” dinosaur track site discovered in Alaska’s Denali National Park shows that herds of duck-billed dinosaurs thrived under the midnight sun, and the discovery lends credence that dinosaurs lived at polar latitudes. Paleontologist Anthony Fiorillo stated that the way the tracks are configured, “either the duck-billed dinosaurs regularly walked down the same path in organized groups, or these very large animals were heavily into line dancing”.