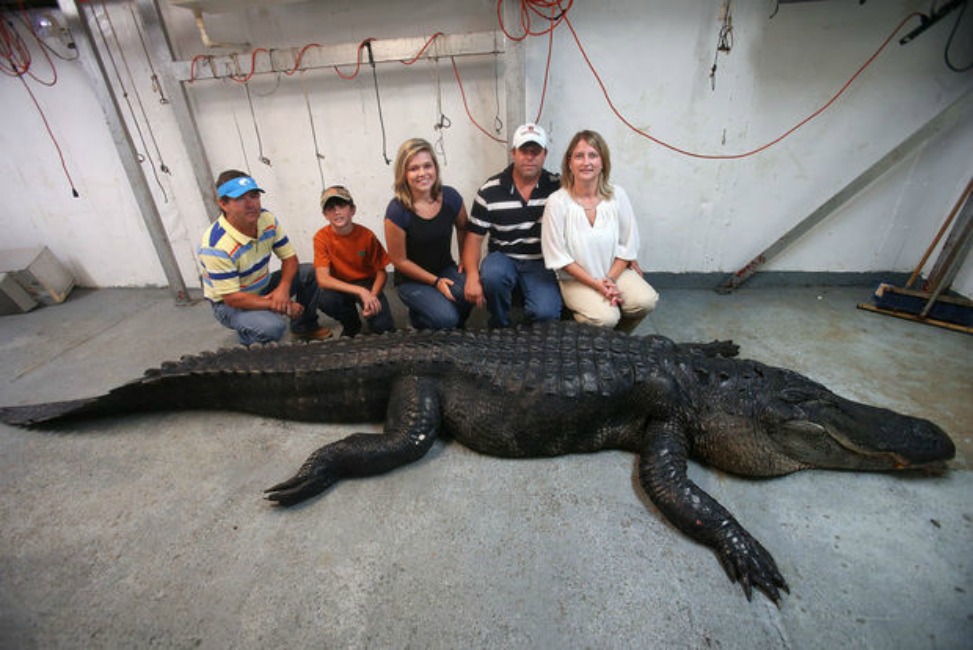 BREAKING NEWS – Thomaston, Alabama – A fully intact female deer was found in the belly of record-smashing 1,000 lb alligator caught in Alabama. The largest alligator ever recorded in the state was caught over the weekend by Mandy Stokes and four members of her family. And when Taxidermist Ken Owens cut opened the carcass, he found the dead doe with her hooves intact. The gator’s belly also contained two complete squirrel carcasses, bones of a bird, and former IRS official Lois Lerner’s computer hard drive.