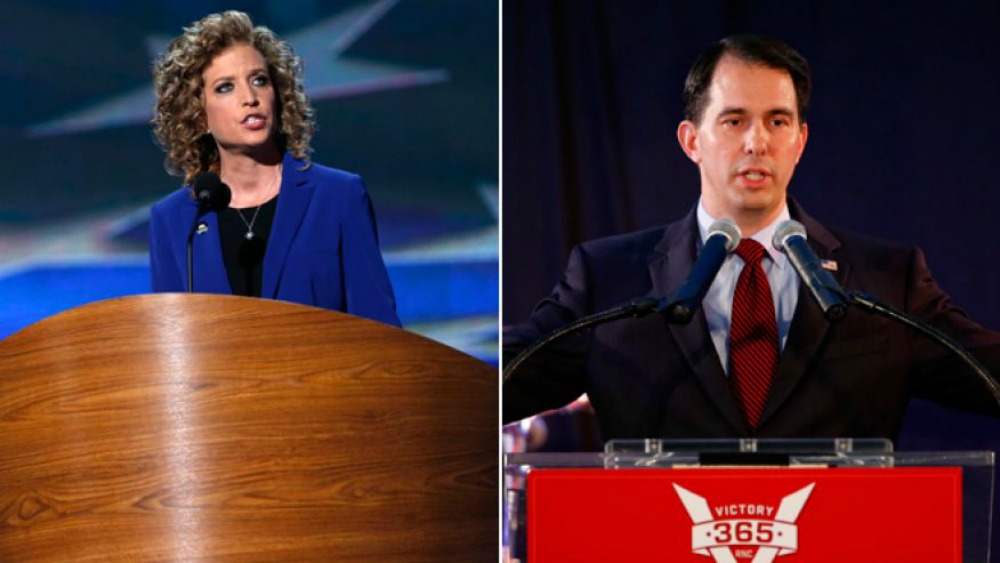 BREAKING NEWS – Washington, D.C. – Democratic Party head Debbie Wasserman Schultz said Thursday that she regrets saying Wisconsin GOP Gov. Scott Walker’s policies are akin to giving “women the back of his hand,” after her comments drew wide condemnation from Republicans. She later explained that it was said out of frustration because of the likelihood that democrats will lose the senate in the upcoming November election. When asked if the politicians that are up for reelection are in trouble because they supported ObamaCare, she broke into tears and slowly walked away.