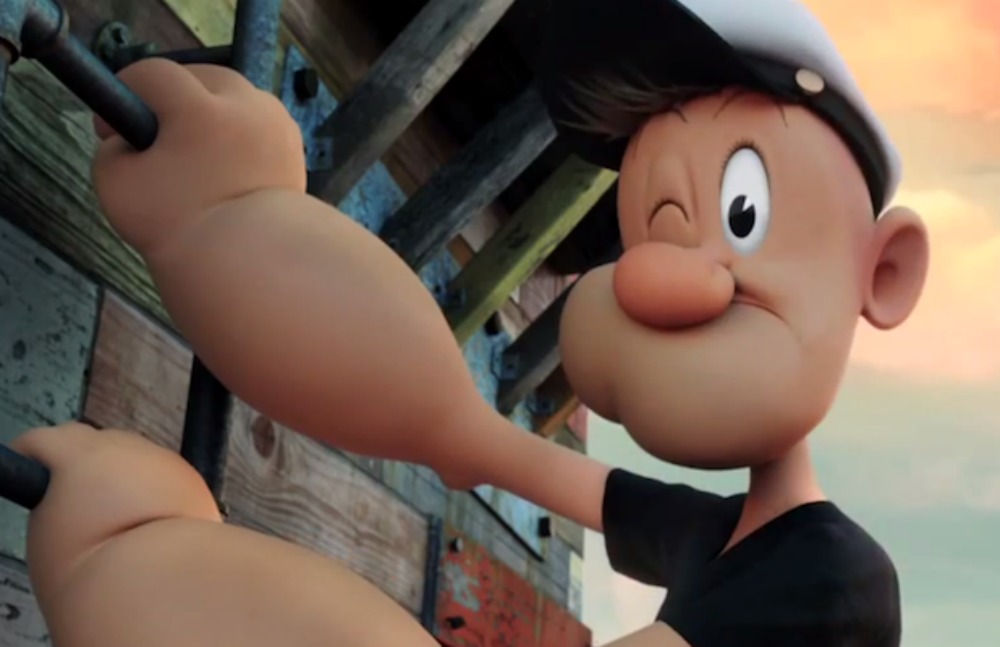 BREAKING NEWS – Hollywood, California – Sony pictures and director Genndy Tartakovsky have unveiled the test look for their upcoming movie of classic ‘Popeye the Sailor’. Tartakovsky reveals what he calls an ‘animation test’, because one noticeable thing in the film, is that Popeye will not have his traditional corncob pipe. That decision was made by the studios after the famous cartoon character recently left drug rehab and cut off all ties with his crack dealer.