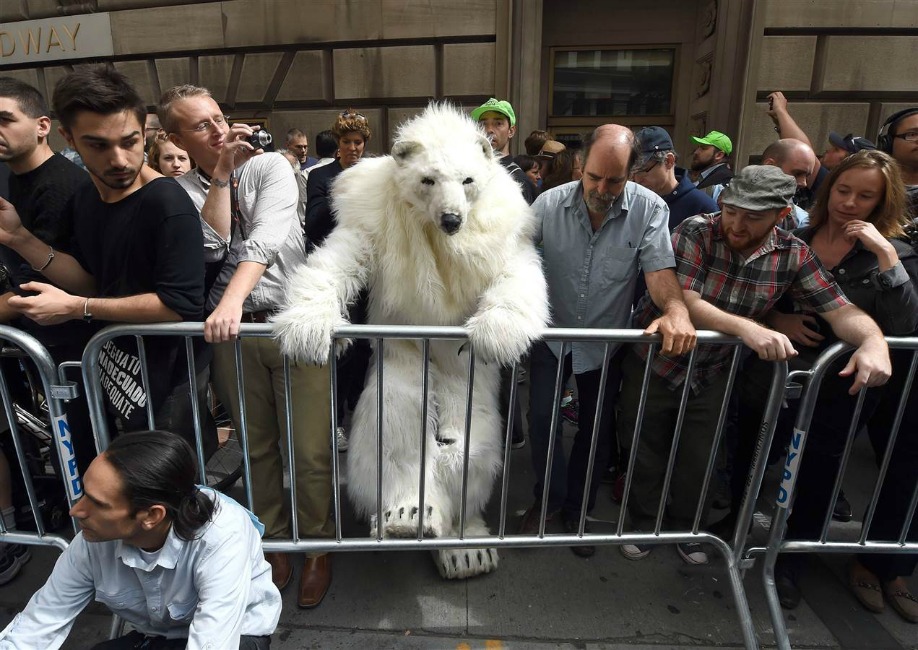 BREAKING NEWS – New York City, New York – An angry and frustrated polar bear that traveled thousands of miles from northern Alaska, climbs a barricade as protesters take part in the “Flood Wall Street” demonstrations head of the United Nations Climate Summit. It said it was there to set the record straight by exposing the constant lies told by Al Gore.