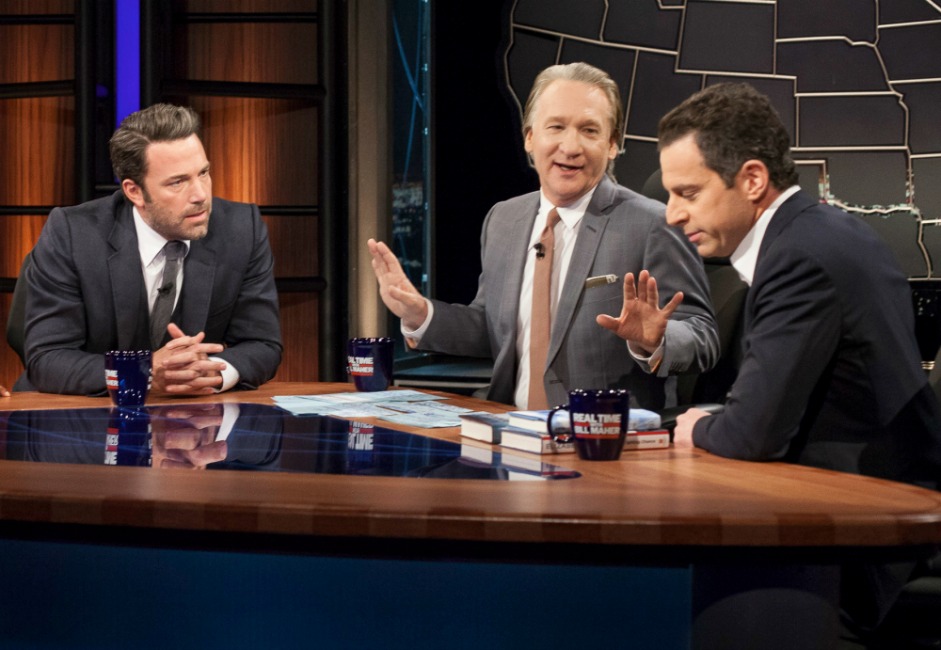 BREAKING NEWS – Los Angeles, California – Bill Maher and Ben Affleck got into a heated conversation on HBO’s “Real Time”. The debate got really spirited after Maher stated in reference to Islam, that “It’s the only religion that acts like the Mafia — that will kill you if you say the wrong thing, draw the wrong picture, or write the wrong book.” Affleck responded by saying that considering his successful film career, including his current highly praised movie, radical Muslims would listen to his reasoning, and ISIS would never harm him or any other actors on the Hollywood A-list with comparable good looks.