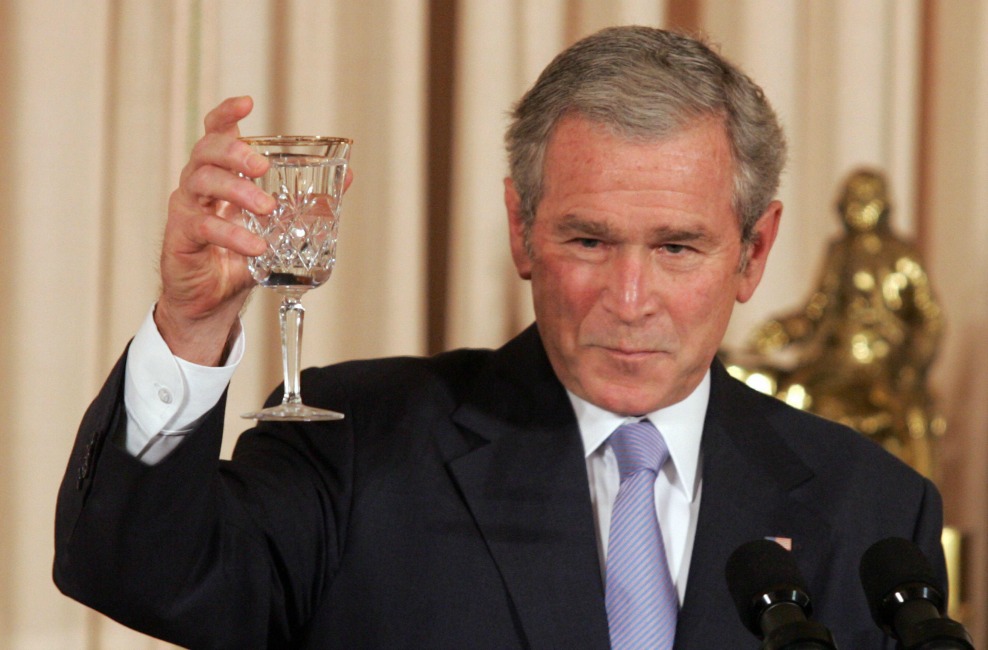 BREAKING NEWS – Washington, D.C. – President Obama has referred to former President Bush as wimp for suggesting that an occasional glass of wine is acceptable when dealing with the pressure of being the leader of this country. “His idea is ridiculous”, said Obama. “Considering the state of this nation, consuming hard liquor with every meal is the only realistic way to deal with the problems created by my past and current policies”.