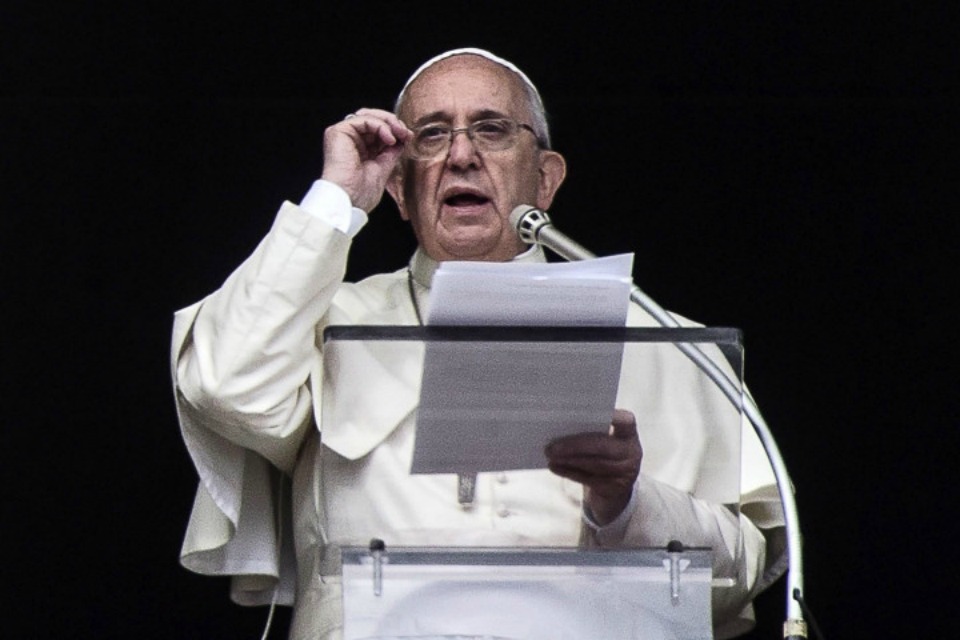 BREAKING NEWS – Rome, Italy – Pope Francis I goes against Benedict XVI’s apparent support for ‘intelligent design”, and now alleges that evolution is accurate and true. Even though he has yet to make his proof public, he said he based opinion on some bones of a caveman recently discovered in Italy, that was wearing a crucifix and clutching some petrified wafers. The Pope refused to comment on the ongoing rumor, that near the skeleton were some drawings on a wall of what appeared to be a primitive priest approaching some young boys, who were running for their lives.