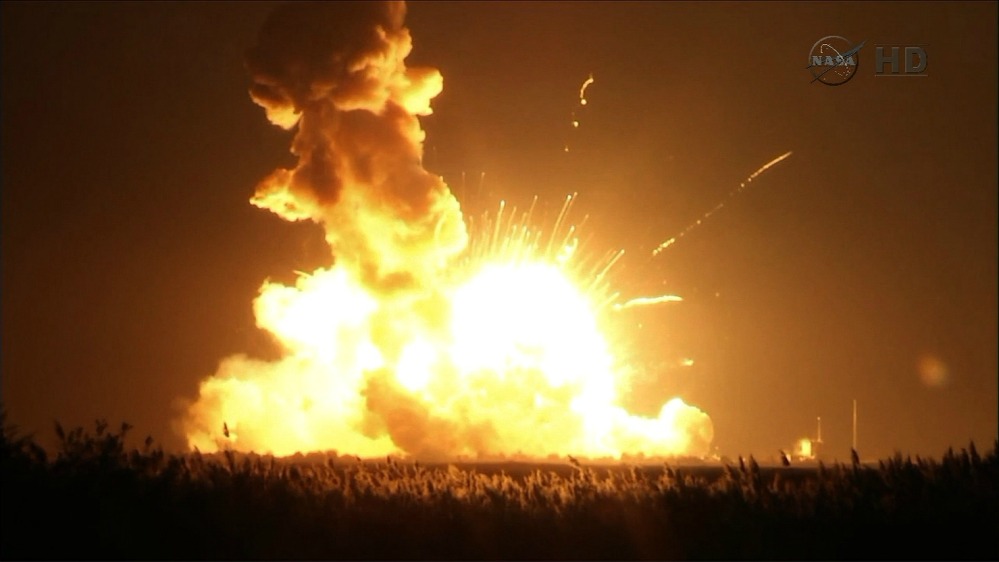 BREAKING NEWS – Wallops Island, Virginia – Teams of investigators were out at daybreak Wednesday examining damage to NASA’s Wallops Flight Facility after an unmanned rocket exploded shortly after launch on the Virginia coast, NASA spokeswoman Rachel Kraft told CNN via email. NASA is warning people in the area not to touch debris if they find any. The Antares rocket, built by NASA contractor Orbital Sciences Corp., and its Cygnus cargo spacecraft “suffered a catastrophic failure” shortly after liftoff Tuesday evening, the company said. The crash caused a huge fire and scattered debris over a large area. Kraft has also stated that the initial investigation suggests that the explosion was due to financial restraints by the government and human error. She said she based her opinion on the video of a NASA scientist running away from the launching pad, after he improperly lit the fuse.