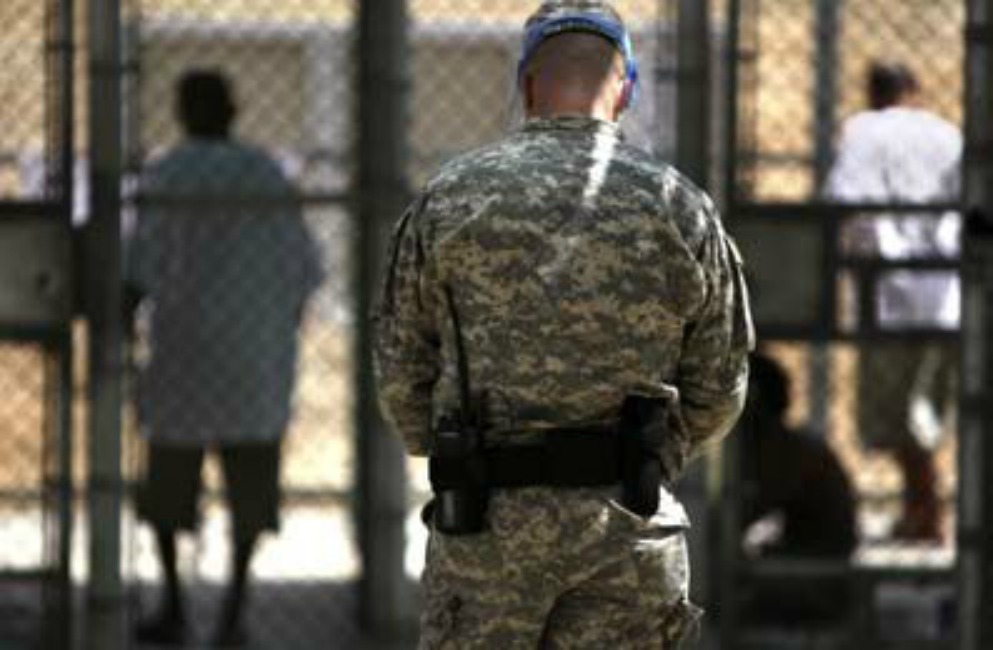 BREAKING NEWS – Washington, D.C. – Republican lawmakers called Thursday for the Obama administration to suspend detainee transfers from Guantanamo Bay following a Fox News report that as many as 20 to 30 former prisoners are suspected by intelligence and Defense officials of having joined forces with the Islamic State and other militant groups inside Syria. President Obama stated that them joining ISIS to fight America is a clear breach of contract pursuant to the agreement that they signed shortly before their release, and he is now threatening to haul the ones recaptured on the battlefield into small claims court.