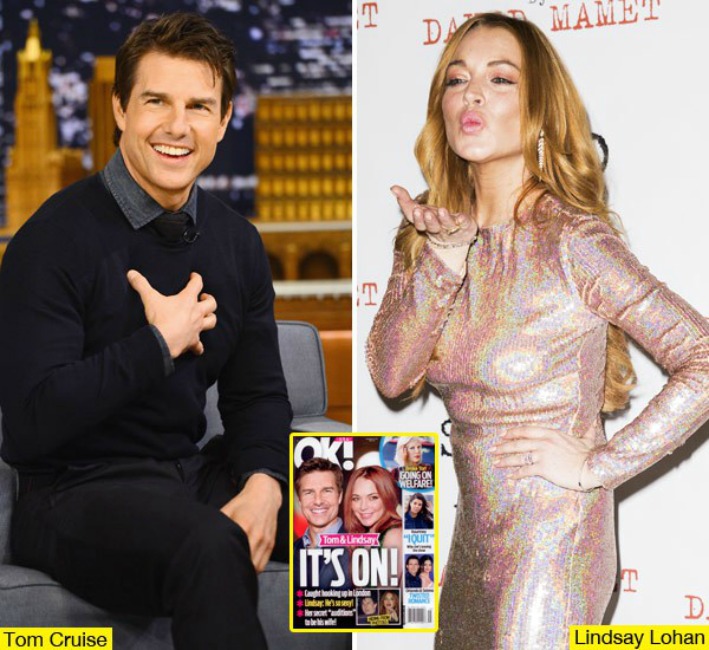 BREAKING NEWS – London, England – Tom Cruise, 52, and Lindsay Lohan, 28, are both currently in London, and as they explore the city, they have been exploring each other, according to a new report. “Lindsay has been craving the security and sophistication that comes with dating an older man, so she couldn’t believe her luck when she ran into her old crush [in London],” a source told OK! magazine. “It’s a match made in heaven,” the source continued. “With Lindsay’s history of cocaine use that killed a good portion of her brain cells, and Tom’s distorted view of reality through Scientology, which suggest continuous malfunctioning brain cells, this has the potential of being a mutually misguided fulfilling long term commitment.”