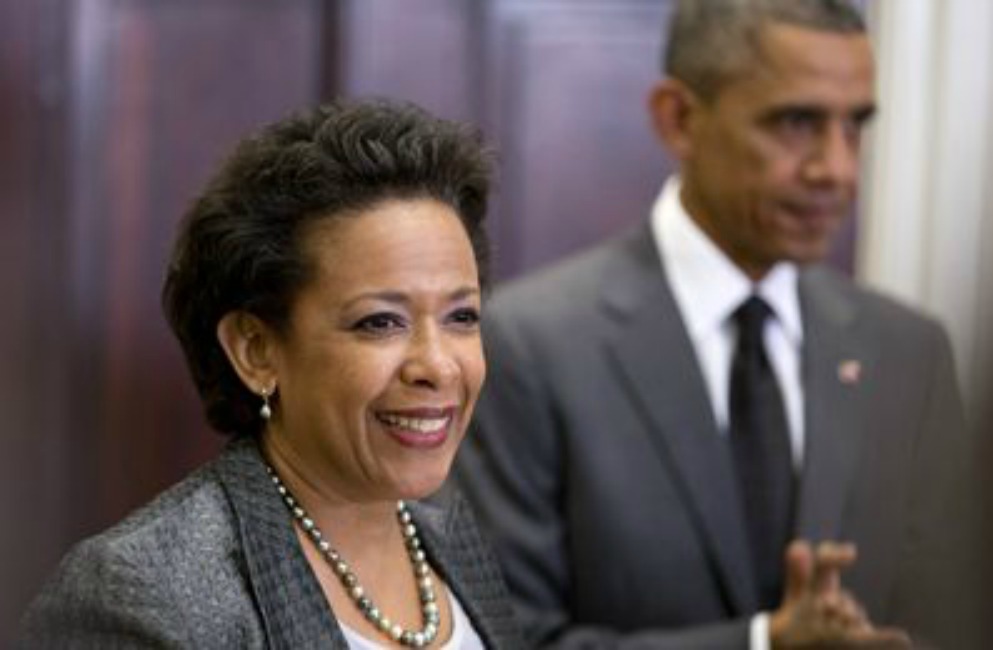 BREAKING NEWS – Washington, D.C. – President Obama chose Loretta Lynch, the U.S. attorney in Brooklyn, N.Y., as his nominee to replace outgoing Attorney General Eric Holder. She will become the first African-American woman in the job, succeeding Holder, who was the first African-American head of the Justice Department. According to a White House source, President Obama chose Lynch, not because she is a Harvard Law School graduate and popular prosecutor who is currently serving her second stint as the U.S. attorney for eastern New York, but because her last name describes what he would like to do to the democrats who recently lost elections that he felt they should have easily won.