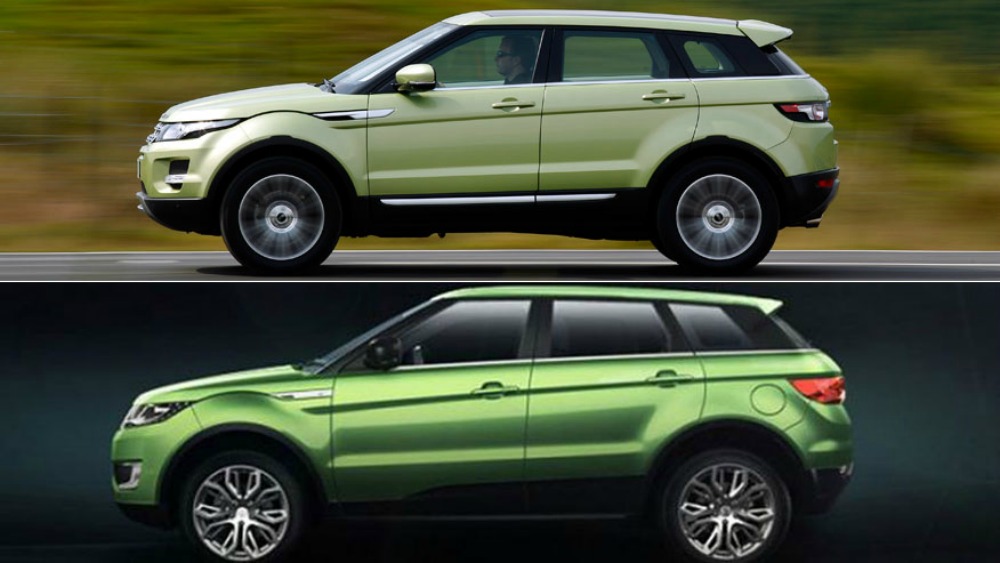 BREAKING NEWS – Hong Kong, China – A Chinese automaker is now being accused of copying the Range Rover Evoque. The luxury automaker is planning to complain to Chinese officials about a blatant knock-off of one of its vehicles on sale in the country, Autocar reports. The Land Wind X7 is the spitting image of the Range Rover Evoque, which is set to be built in China this year for sale there. The fact that this kind of copying is ongoing in China is very disappointing,” Land Rover CEO Ralf Speth told Autocar. “The simple principal is that it is not something that should happen; the Intellectual Property is owned by Jaguar Land Rover and if you break that IP then you are in breach of international regulations that apply around the world.” Chinese officials say that the name and still is just a coincidence, and automakers worldwide are getting worked up over nothing. They went on to explain that it is also a coincidence for Hong Kong to becoming out with a luxury car next year called the “Infinite-E”, and a sports car called a “Jack-Wire”.