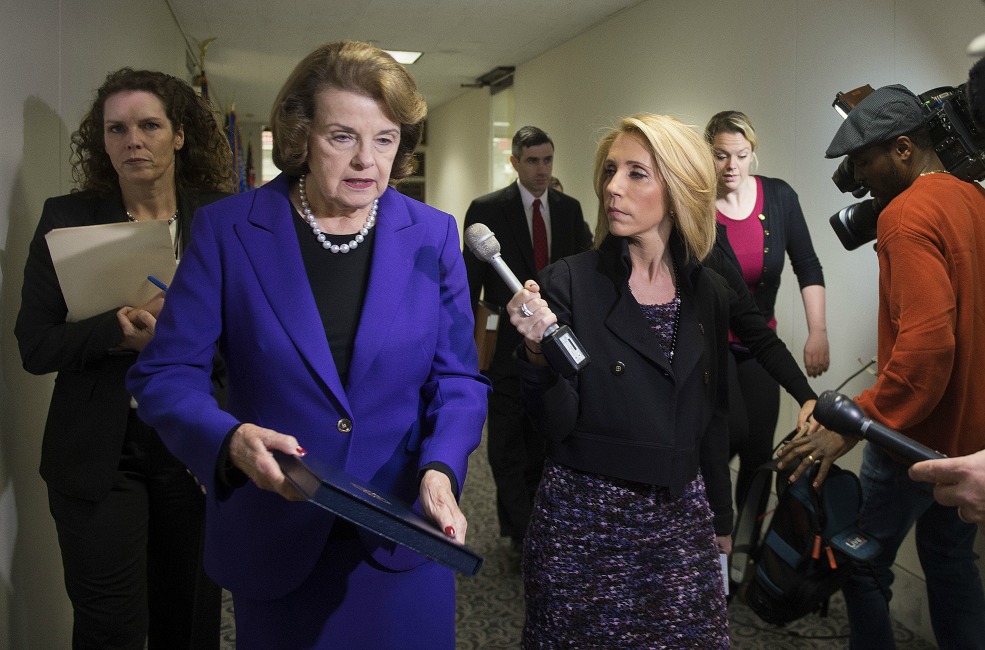 BREAKING NEWS – Washington, D.C. – Sen. Dianne Feinstein, D-Calif., the head of the intelligence panel released a scathing report Tuesday on CIA interrogation practices which included water boarding. She said the techniques in some cases amounted to “torture”, and further explained that she was ok with using well armed drones in dealing with suspected terrorists stating that, “I don’t have a problem killing them with high explosives, but making them momentarily feel like they are drowning is totally unacceptable”. A petition signed by hundreds of members of both ISIS and al Qaeda sent to the United Nations responded to her comment which read, ”Mrs. Feinstein, if you genuinely believe that we would prefer bombs over buckets, you’re an even bigger idiot than we’ve given you credit for!”