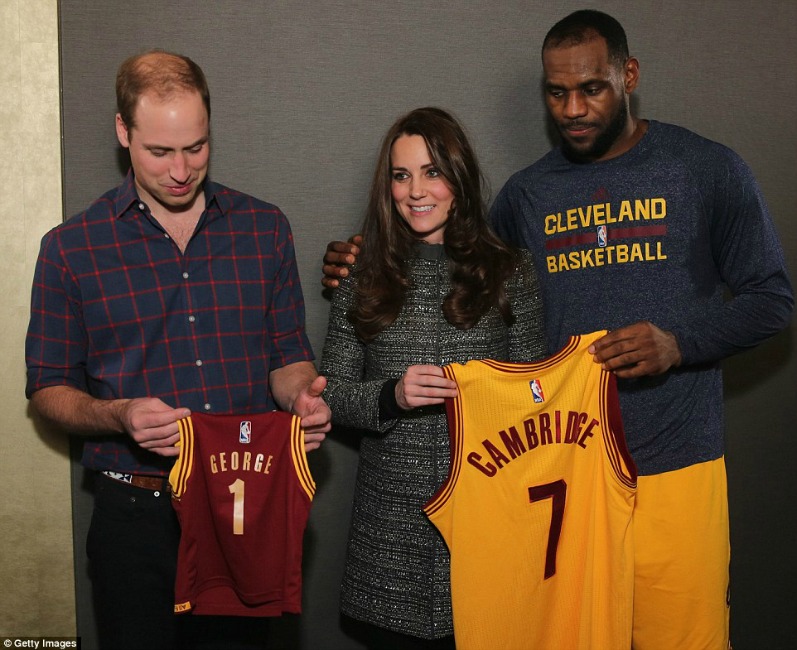 BREAKING NEWS – Brooklyn, New York – LeBron James raised some eyebrows when meeting the Duke and Duchess of Cambridge on Monday in Brooklyn. In exchanging gifts, the basketball star raised his athletic arm and placed it on Catherine Middleton’s shoulder, a move that is regarded as a breech of etiquette. Commoners do not touch the Royal Family, except to shake their hands when introduced. Soccer is the major sport in Great Britain, and Prince William embarrassingly admitted that he had no idea who LeBron James was. He was later overheard telling Catherine, “That as I understand it, he’s a tall well tanned gentleman that jumps really high, and does a variety of fancy things with a basketball that is superior to other participants in his sport”.