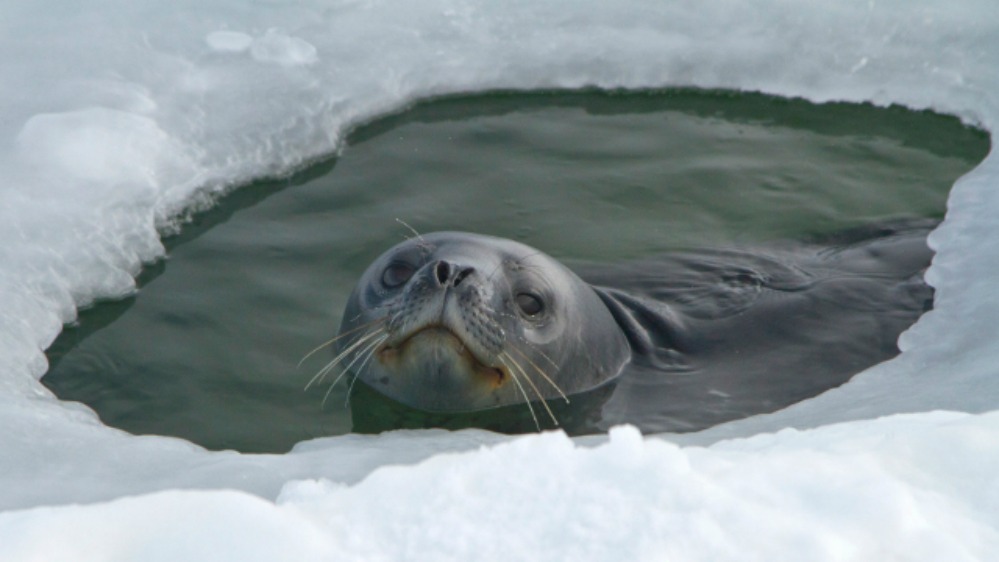 BREAKING NEWS – Ross Island, Antarctica – The Department of Marine Biology at Texas A&M University and the University of Texas’ Marine Science Institute in Port Aransas, are now making public an incredible discovery.While hunting, Weddell seals have biological adaptations that allow them to dive deep, as much as of hundreds of meters, but also an uncanny ability to find the breathing holes they need on the surface of the ice. Researchers supported by the U.S. National Science Foundation (NSF) initially believed they figured out they did it: by using the Earth’s magnetic field. However, that theory has been shattered after a seal was startled by scientists when surfacing for air, and was caught using a smart phone to download a GPS app.