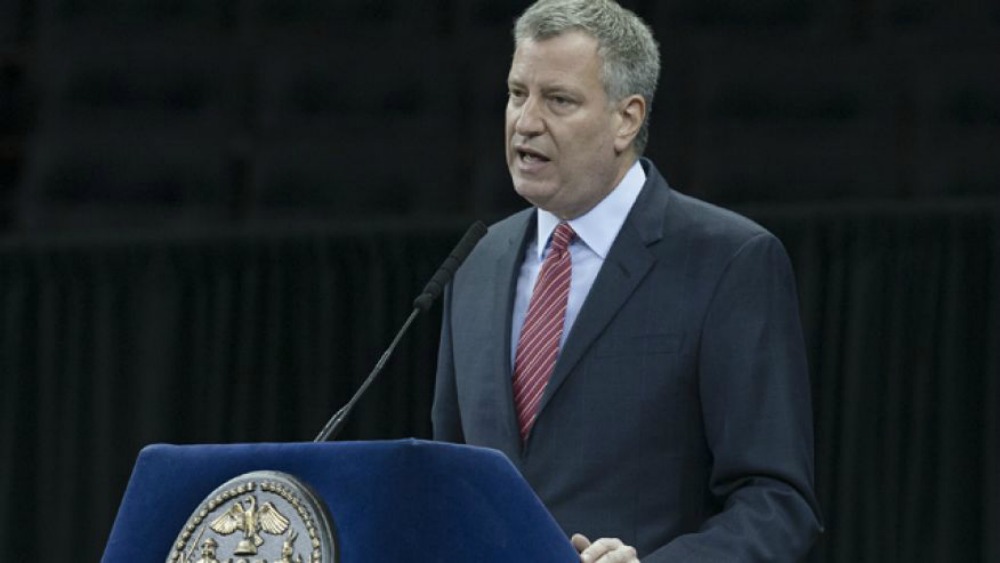 BREAKING NEWS – New York City, New York – While speaking at the New York Police Academy graduation ceremony at Madison Square Garden, Mayor Bill de Blasio criticizes the past policies and tactics of former mayor Rudy Giuliani. He acknowledged that Giuliani did lower the murder rate in the Big Apple by approximately 65% with “stop and frisk”. But then he explained that “What Giuliani did in my opinion was unacceptable because it inconvenienced many law abiding citizens here. We are proud Americans, and I think it’s better that we get killed from a botched robbery or a stray bullet shot by a thug, than to be randomly stopped on the street from cops. Obviously many more people will lose their lives, but at least my way we’ll die with pride and dignity.”