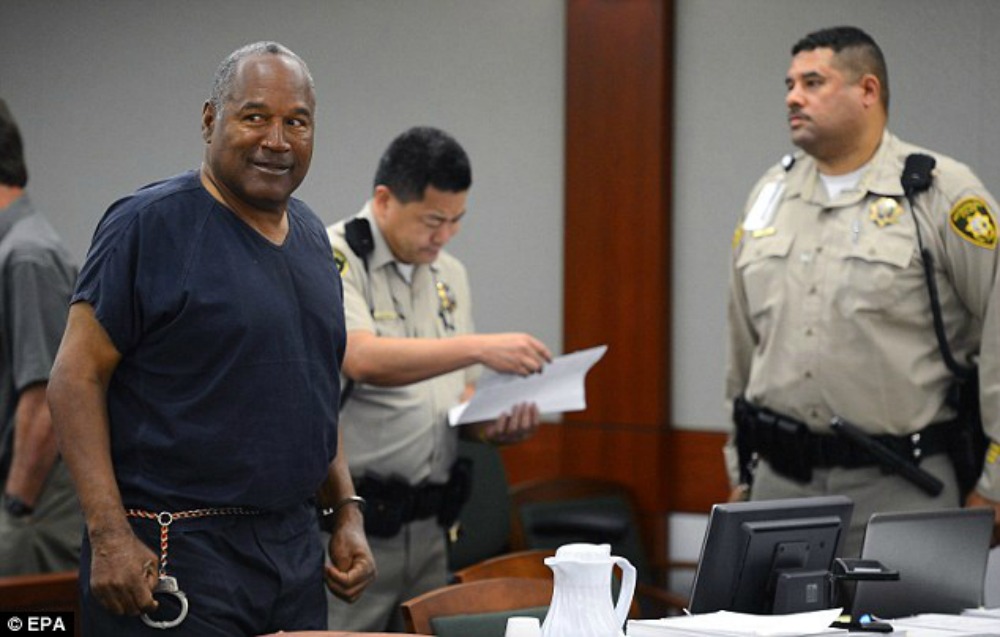 BREAKING NEWS – Lovelock, Nevada – O.J. Simpson received a pounding by a gang of homophobic prison inmates who were up in arms after learning about his sex romp with a jailhouse transsexual, The National ENQUIRER has exclusively learned. The prison toughs screamed several expletives as they dished out a vicious beat down that left O.J. – who once held the NFL record for the most rushing yards in a season – battered, bruised and lying on the jail floor. There was blood all over his face and he had a black eye that was swollen shut. While in the prison hospital, Simpson stated, “That I’m a little banged up, but I’m not as nearly as bad off as what I did to my ex-wife and Ron Goldman.”