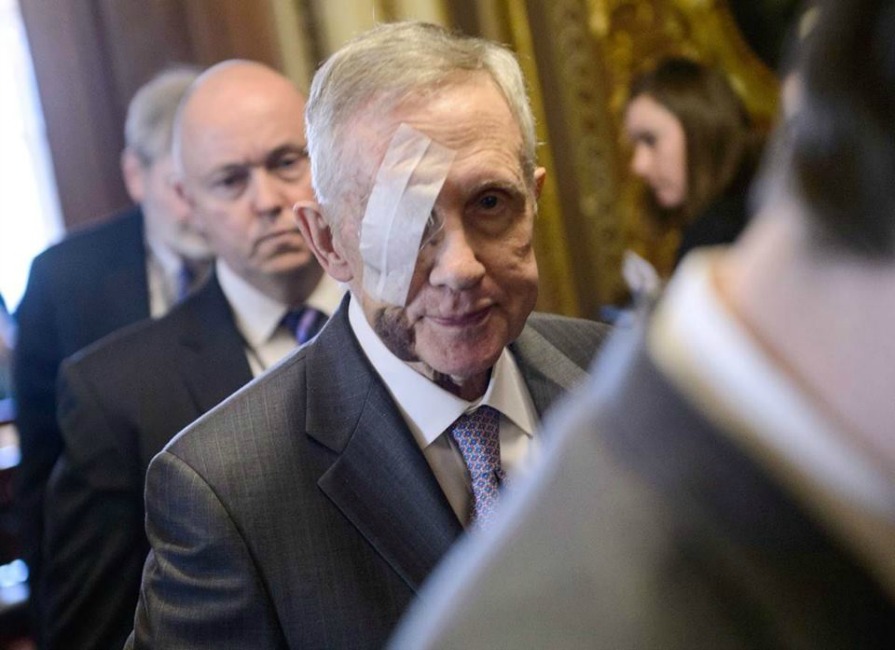 BREAKING NEWS – Washington, D.C. – Senate Democratic Leader Harry Reid’s office says he will undergo surgery on his right eye next week following an injury sustained in an exercise accident on New Year’s Day. A written statement from the senator’s office says the surgery is a necessary step to assist him in recovering full vision in his right eye. He also suffered broken ribs in the accident, and his office says those injuries are healing well. In 2011 Reid suffered similar injuries after getting into a barroom brawl in Salt Lake City with a fellow Mormon, after they couldn’t agree if wives of polygamists seen in public should look homely or robotic.