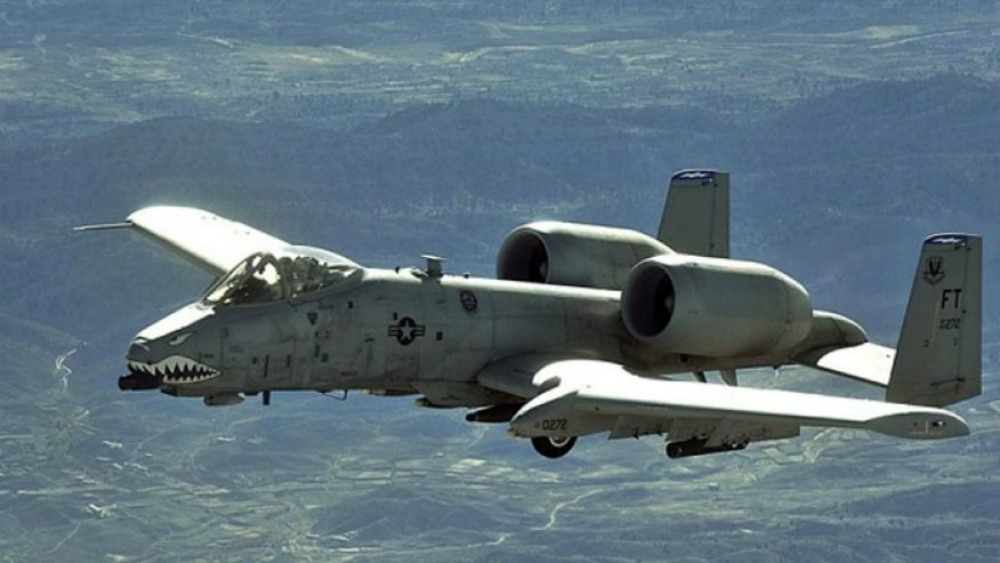 BREAKING NEWS – Washington, D.C. – Legendary A-10 ‘Warthog’ sends ISIS fleeing even as it faces Pentagon cuts. With a roaring engine, 30-mm. cannon and nose painted like a toothsome, snarling beast, the A-10 Thunderbolt sends ISIS fighters scattering like cockroaches on the Iraqi desert plains, but the legendary fighter plane pilots call the “Warthog” may be fighting for its own life. The ACLU is leading the charge in trying to put the A-10 on mothballs, after acknowledging that unique sound of it’s engines is terrifying to ISIS, just as it was to Iraq during the Gulf War. They further explained that, “In our opinion, this plane is in clear violation of the Geneva Convention. Intimidating the enemy on the battlefield displays how insensitive the United States is, because this attack jet compels the opposing force to scatter, making them feel like cowards, which in turn could cause nightmares, and even worst, damage their self-esteem.”