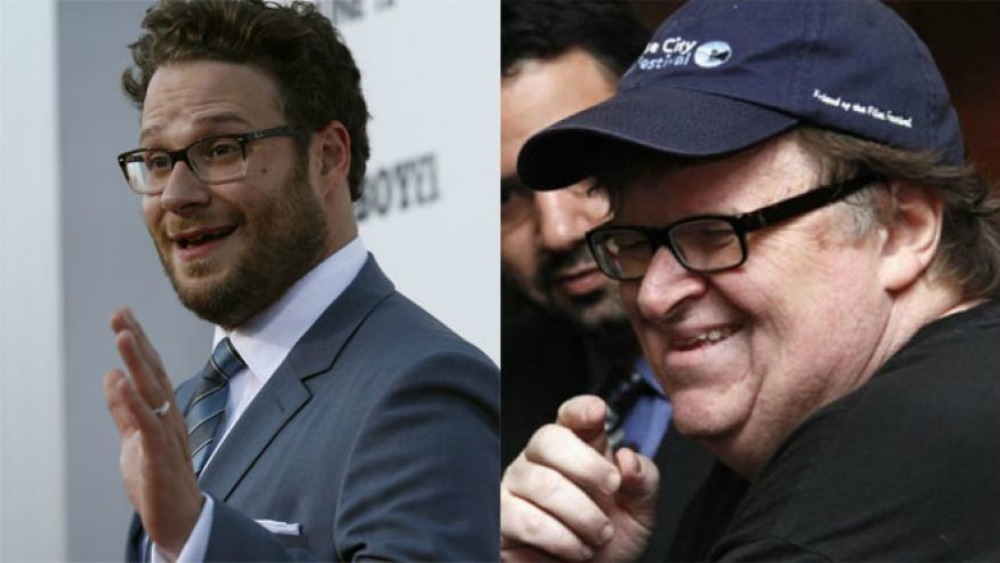 BREAKING NEWS – Grand Rapids, Michigan – Michigan restaurant owner Tommy Brann banned Michael Moore and Seth Rogen from his establishments, because of their recent online comments about the film “American Sniper”. Brann, who owns 13 “Brann’s Sizzling Steaks and Sports Bar” throughout Michigan, lit up his restaurant’s marquee with a note to the Hollywood heavyweights reading, “Michael Moore and Seth Rogen are NOT allowed in my place.” However, the CEO of Panda Express Peggy Cherng, issued a press release stating that both men are welcome in all of her “Chinese” restaurants, as well as any other unrepentant socialists.