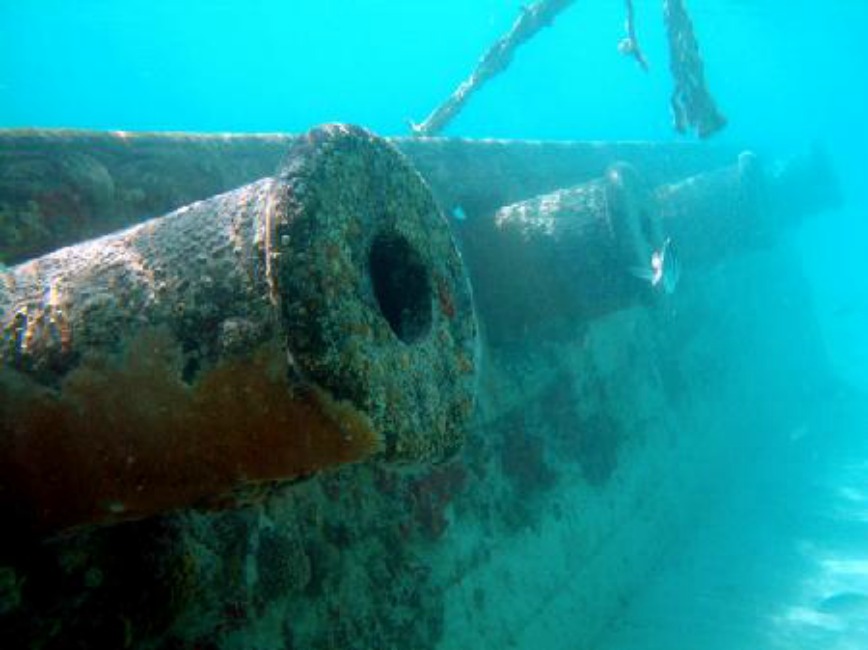 BREAKING NEWS – Beaufort, North Carolina – Blackbeard (1680 – 1718) is the most famous pirate who ever lived. His real name was Edward Teach (or possibly Thatch), and his flagship was the Queen Anne’s Revenge. The wreck of the Queen Anne’s Revenge was rediscovered in 1996 and has been under excavation by the Queen Anne’s Revenge Project. Archaeologists have recovered many artifacts, including a number of medical instruments. According to Linda Carnes-McNaughton, an archaeologist and curator with the Department of Defense who volunteers her time on the excavation project, some of crude medical instruments designed to help the patient, would often cause more harm them good. Among the finds was a urethral syringe that chemical analysis indicates originally contained the deadly chemical mercury, and an instrument called a porringer was also found, which was used in bloodletting treatments. These methods were apparently questionable back then, because inside the sunken ship which was found intact, was a small courtroom, because pirates were regularly suing their doctors for malpractice.