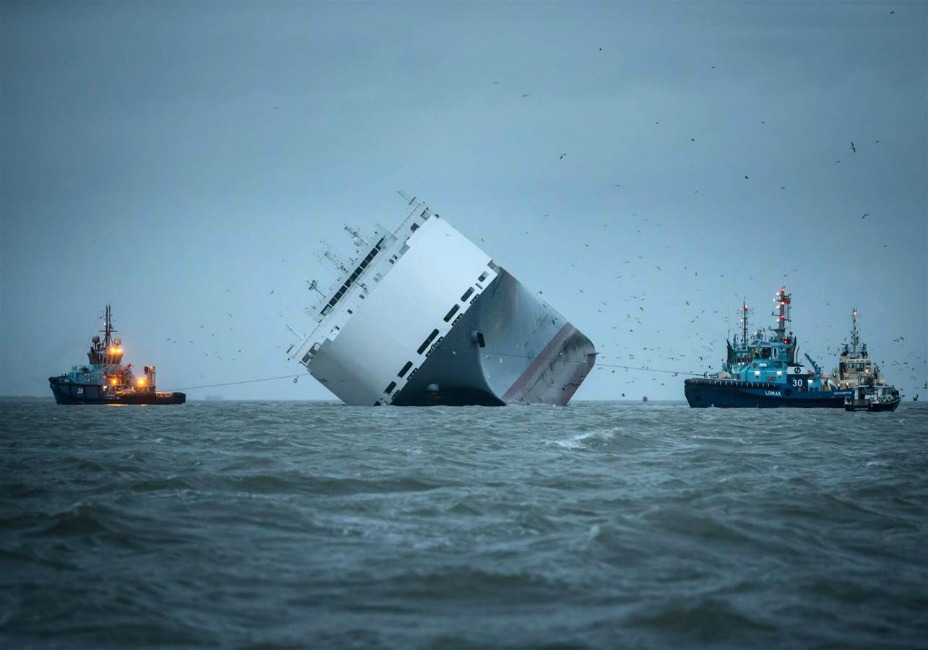 BREAKING NEWS – Cowes, England – The captains of two small ships after an evening of partying and getting drunk, decided to have a tug-of-war contest, in which one of them nearly turned the cargo ship “Hoegh Osaka” on its side. Scotland Yard is currently launching an investigation into the incident. The Royal Navy acknowledged that a similar incident happened last week, when two drunken captains and their crews unfortunately drowned, after being dragged deep into the ocean when they did the exact same thing, with a British submarine.