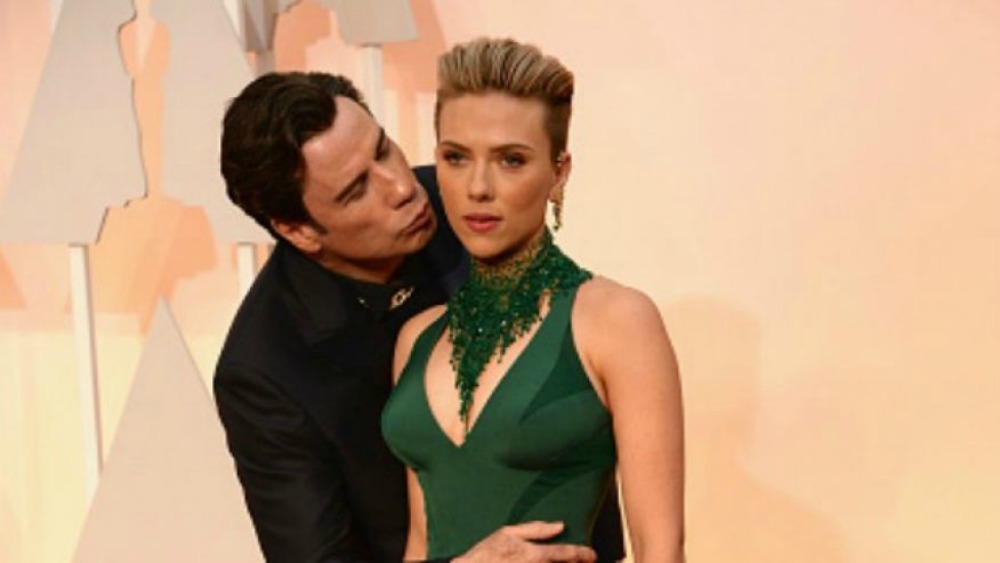 BREAKING NEWS – Hollywood, California – Many are calling it a very creepy and awkward moment when John Travolta hugged Scarlett Johansson during the Oscars. Many people believe his action was a futile attempt to combat the ongoing rumors that he’s gay.Travolta was later that evening treated and released from a hospital for a fracture jaw and other bruises, after he attempting this same display of affection on unsuspecting straight actors that stood in front of mirrors in the men’s room.