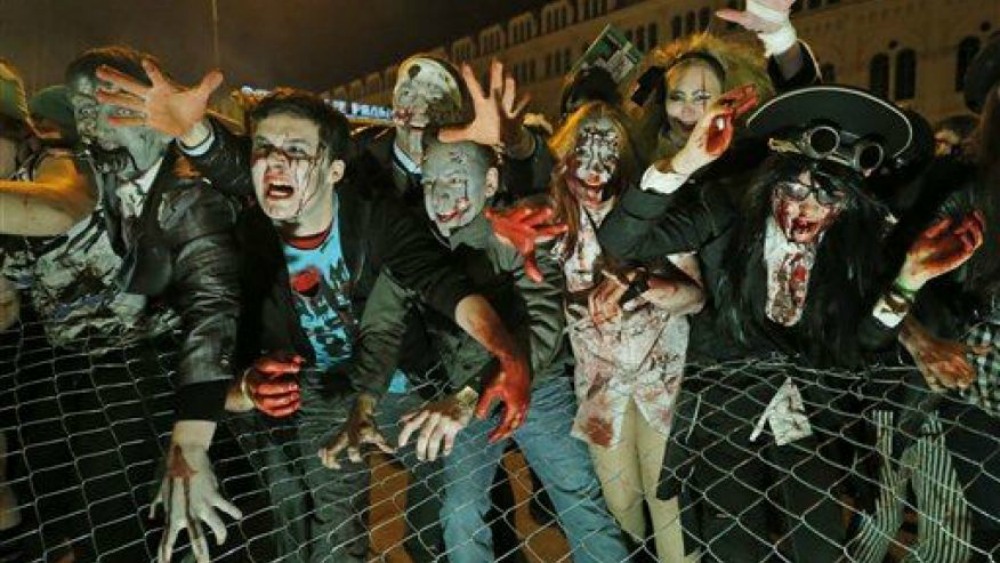 BREAKING NEWS – Ithaca, New York – If a zombie outbreak were to strike US shores, East Coasters should head west ASAP. That recommendation comes by way of Cornell University researchers, who have modeled the statistical mechanics of, yes, zombies and will present their findings at a meeting of the American Physical Society on March 5 in San Antonio. They concluded that Colorado would be a good place to relocate, because the high concentration of marijuana smoke in the air, the zombies would quickly become disoriented, lazy, and silly. Cornell University also said that the certain areas of the south side of Chicago would be a great place to hide, concluding that zombies who foolishly ventured into those neighborhoods, would eventually get tired of getting beaten up and robbed on a daily basis.