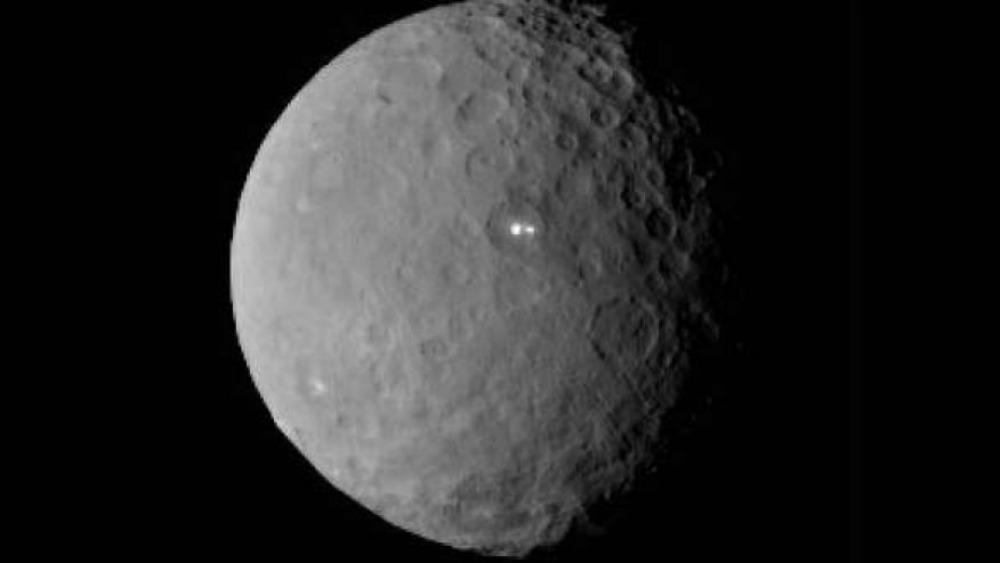 BREAKING NEWS – Houston, Texas – NASA’s Dawn spacecraft releases images showing another bright spot on Ceres. The latest images captured by NASA’s Dawn spacecraft of the dwarf planet Ceres continues to baffle scientists as the photos reveal another significant bright spot on its surface. “Ceres’ bright spot can now be seen to have a companion of lesser brightness, but apparently in the same basin,” Chris Russell, a principal investigator for the Dawn mission, said in a news release from NASA’s Jet Propulsion Laboratory. “The general consensus of the people here is, it’s probably a bunch of drunken college students from a distance planet starting a bonfire.”