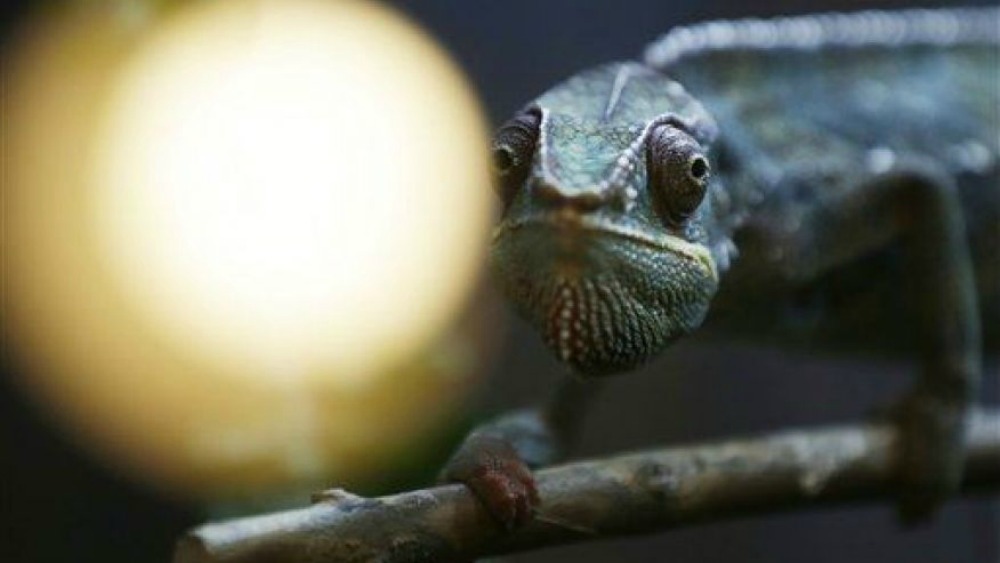 BREAKING NEWS – Los Angeles, California – Chameleons may not be the only creatures on the planet capable of shade shifting, but they’re probably the best at it—panther chameleons in particular. They can go from green and blue hues to yellow and red ones in a matter of minutes, and scientists say they now think they know how. The research was conducted by Michel Milinkovitch, a biophysicist at the University of Geneva. He thought he could determine how they did it by filming color changes and examining the chameleons’ skin using transmission electron microscopy. But Milinkovitch was shocked to locate in very small pouches on the creature, tiny cans of spray paint. Also to his amazement, in really rough parts of the jungle, certain species of chameleons flashed gang colors and wore leafy bandanas.