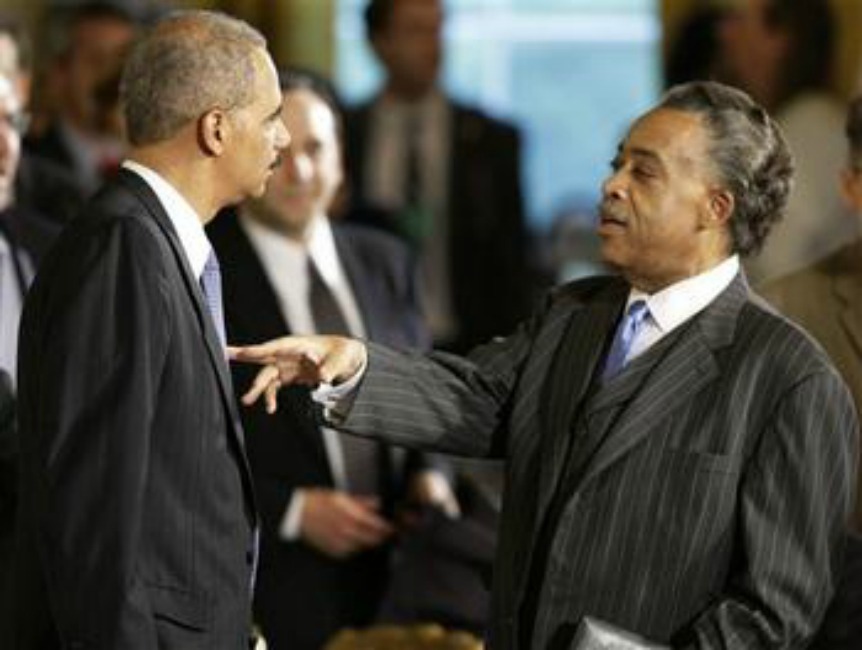 BREAKING NEWS – Washington, D.C. – Angry over the Department of Justice’s conclusion that police officer Darren Wilson from Ferguson justifiably shot Michael Brown, Al Sharpton aggressively confronts Eric Holder. They got into a a very heated verbal exchange and then a shoving match, until security guards separated the two of them. Shaprton stated that he is so positive that Holder was “paid off”, that he is now demanding a federal probe of the outgoing U.S. Attorney General’s personal finances to be immediately investigated by the IRS.