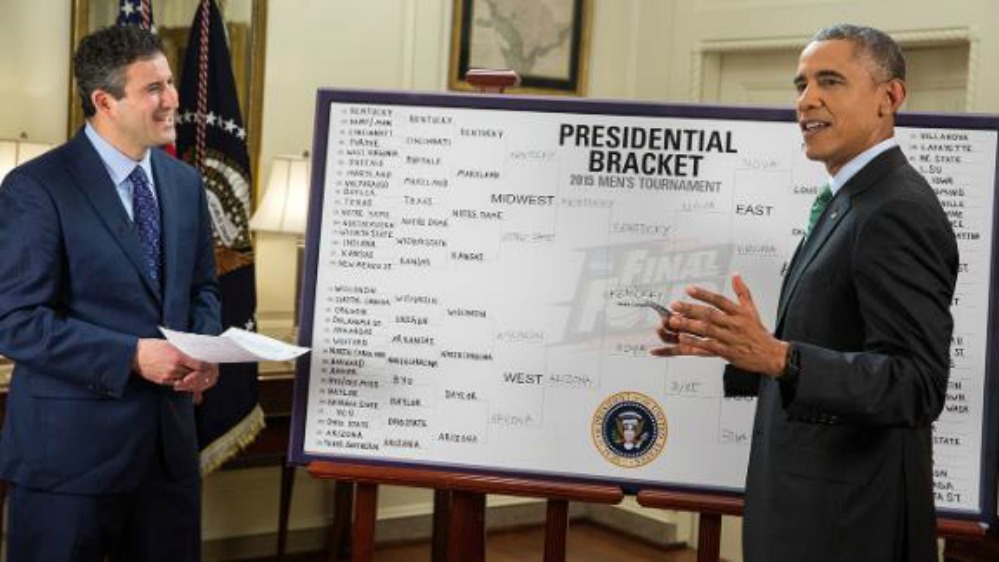 BREAKING NEWS – Washington, D.C. – Being a big basketball fan, President Obama announces his 2015 picks for the NCAA tournament. The White House released his bracket on Wednesday, revealing that he is joining a majority of the CBSSports.com users in predicting that Kentucky will win the national title. President Obama further explained that he does not know who the best players are on Kentucky, after admitting that he often confuses the starting five with the JV team.