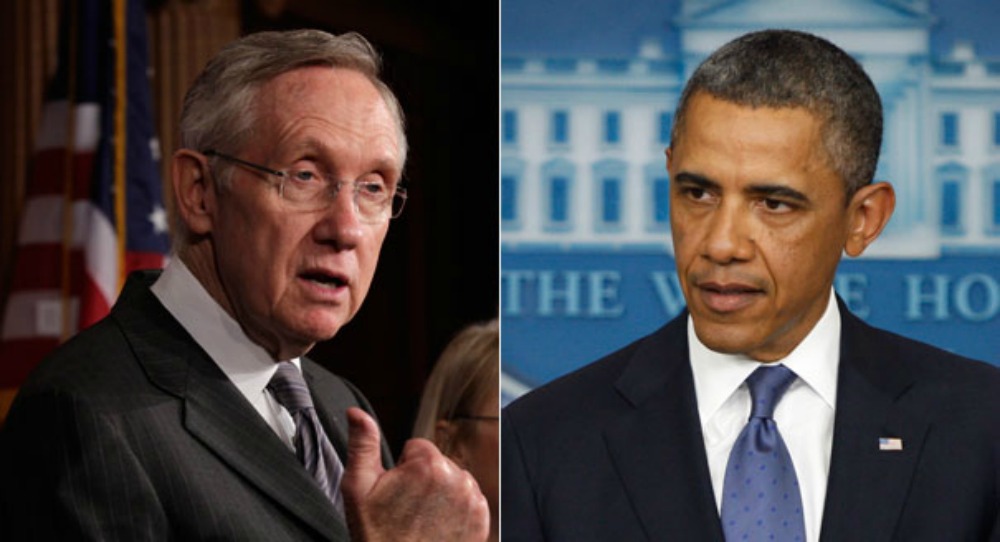 BREAKING NEWS – Washington, D.C. – President Obama is facing a Democratic revolt over ambitious trade initiatives that are dividing the party, leading to tensions with Senate party leader Harry Reid. At a press conference President Obama referred to Reid as a “misguided old fool”. Reid’s response was almost immediate, accusing Obama of being “anti-Mormon”, and not fulfilling his promise when the democrats controlled both Houses, to finally have polygamy legalized.”