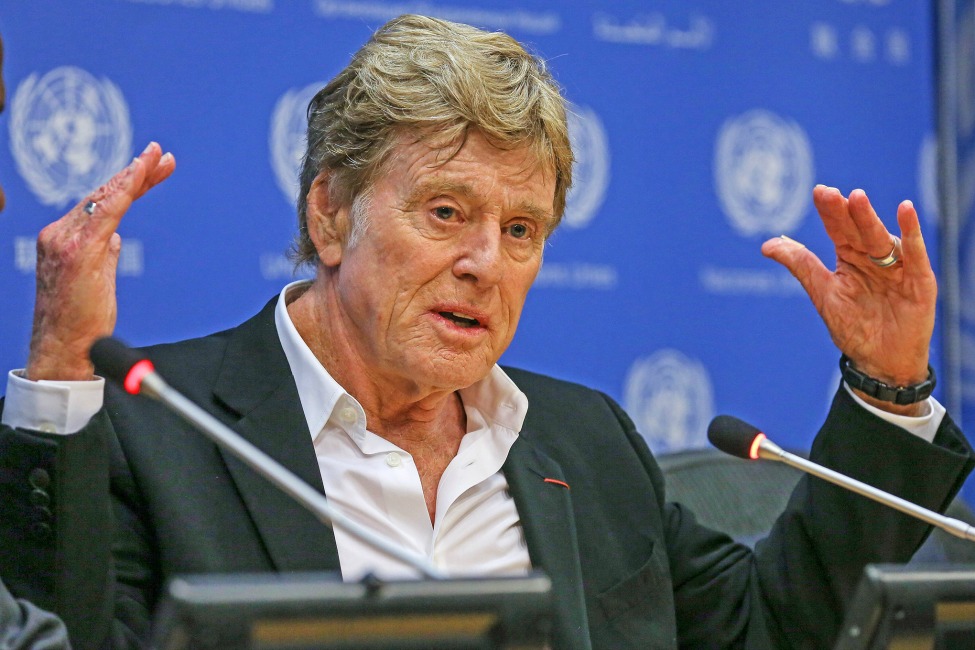 BREAKING NEWS – New York City, New York – At the United Nations, actor and activist Robert Redford said the U.N. climate conference in Paris in December is the world’s “last chance” to save the planet from climate change. He further stated that even though he doesn’t have all of the scientific data, he is convinced that something about the weather over the past 15 years has caused his hair pieces to look increasingly ridiculous.