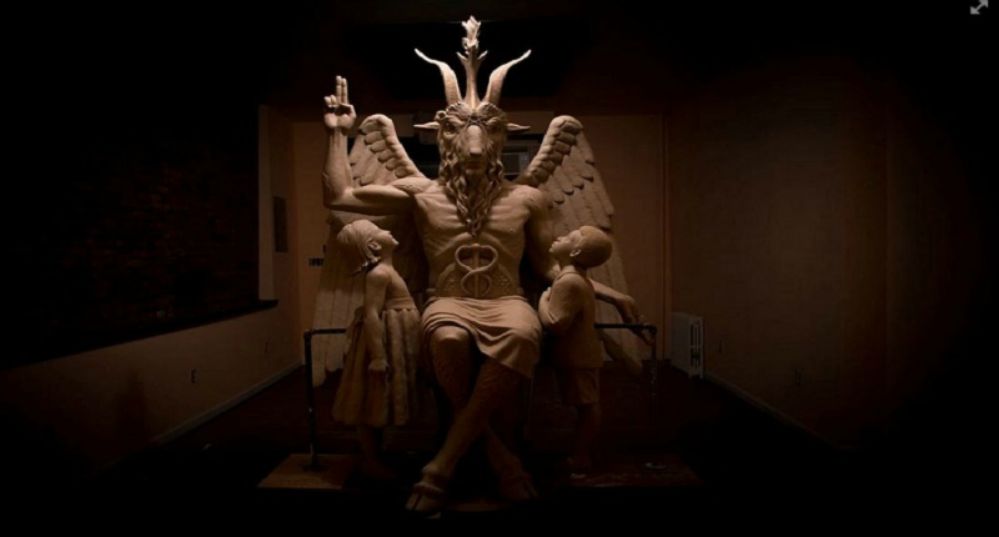 BREAKING NEWS – Detroit, Michigan – A Satanic organization unveiled a controversial bronze Baphomet sculpture in Detroit just before midnight on Saturday, after trying in vain to have it installed near a 10 Commandments monument in Oklahoma. When the Satanic Temple unveiled the one-ton statue at an industrial building near the Detroit River just supporters cheered, “Hail Satan”, and some of the hundreds in attendance rushed to pose for photos. Jex Blackmore, director of the Satanic Temple Detroit chapter, praised his followers, but refused to comment on why immedeiately after the unveiling, for about 5 minutes, the temperature of the Detroit River went from 54 degrees to 212 degrees when water boils. He also had no explanation on why many of the people that posed next to the sculpture received third degree burns, after their hair spontaneously bursted into flames.