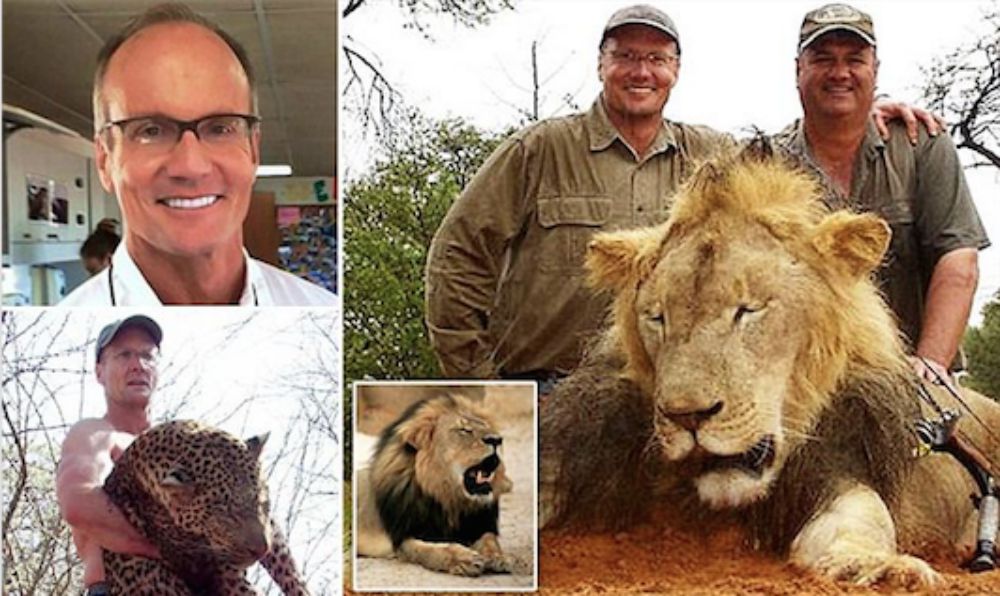 BREAKING NEWS – Bloomington, Minnesota – Two signs posted on the door of a nondescript dental office here asked passers-by to mourn the death of Cecil, a lion who was lured off his sanctuary and killed during a game hunt this month in Zimbabwe. In the hours since Dr. Walter J. Palmer apologized for killing the lion, he has gone from a dentist and longtime hunting enthusiast to a villain at the center of a firestorm over the ethics of big-game trophy hunting. Newly discovered court documents show that a similar incident happened last year, when he was collecting Native American headdresses. When he needed some additional feathers, he was later arrested after using a shot gun to kill a convocation of bald eagles.