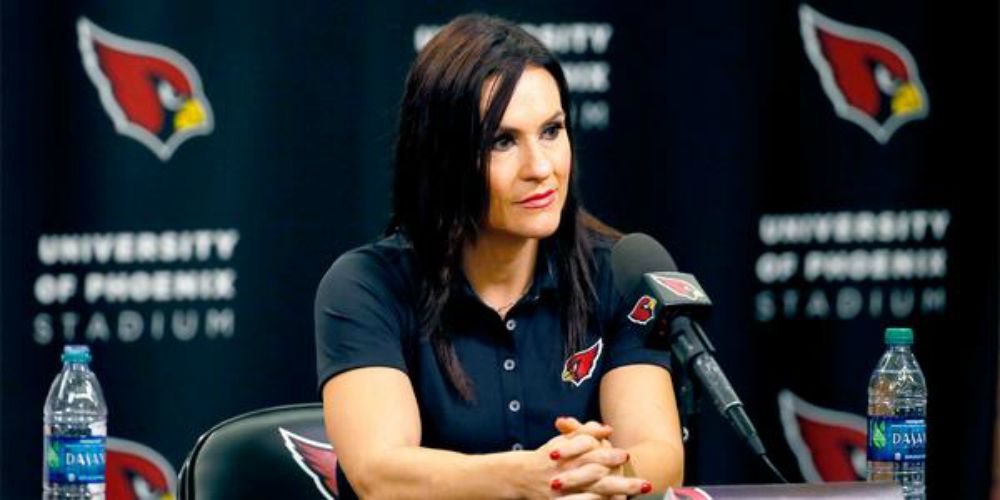 BREAKING NEWS – Glendale, Arizona – The Arizona Cardinals introduced Dr. Jen Welter as a coach this week. The move — believed to be the first time a team in the NFL has hired a woman to coach. She has a master’s degree in sports psychology and a Ph.D. in psychology. Team owner Bill Bidwill, made the decision to hire Welter, stating that “her education and gender, strongly suggests to me that she is uniquely qualified on the best way to nag my team into winning the Super Bowl.”