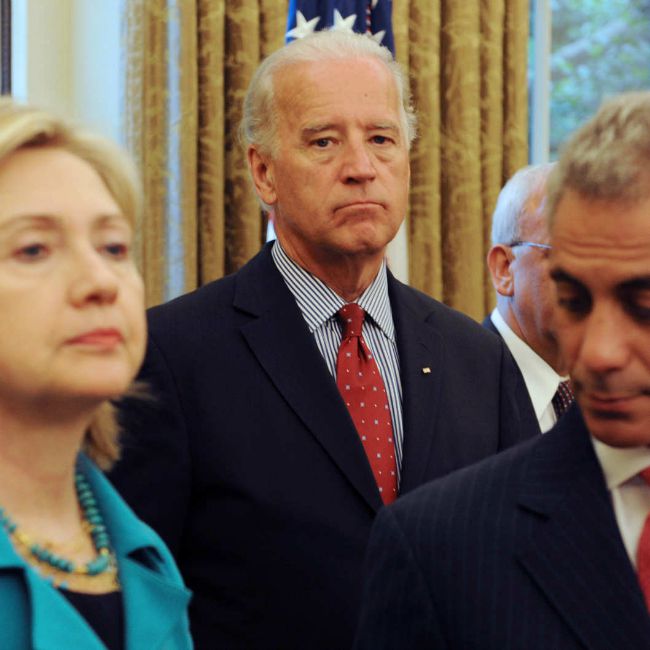 BREAKING NEWS – Washington, D.C. – Aides close to Hillary Clinton are getting increasingly nervous that Vice President Joe Biden may throw his hat into the 2016 presidential race later this summer. The sources said that that eyebrows were raised recently at Clinton’s headquarters in Brooklyn when Biden’s chief of staff at the White House, Steve Ricchetti, was spotted having breakfast recently with major Democratic donor Louis Susman, a Clinton friend who served as U.S. Ambassador to the United Kingdom under President Obama. According to a White House source, the Clinton camp is so outraged at Biden, that additional secret service agents has been sent to protect his daughters, after Hillary threatened to give the addresses of the favorite night clubs that both of them frequent, to Bill Cosby.